Delhi Temperature: The weather office predicted that heatwave conditions are unlikely in the city for the next three days. 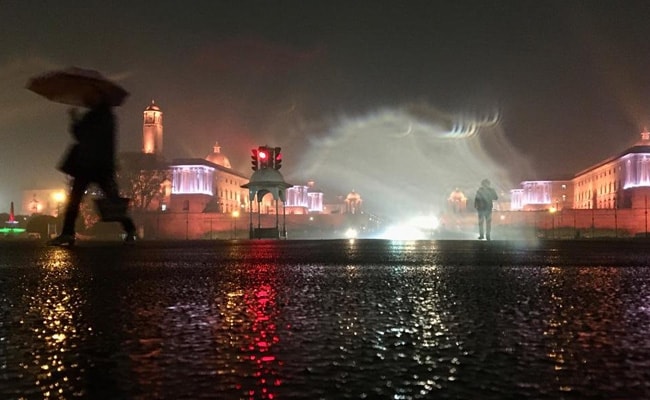 Parts of the city are likely to receive light rain at night, said the weather office. (Representational)

The national capital got some respite from the scorching heat as the city experienced thunderstorms and gusty winds on Thursday evening, the weather office said.

Parts of the city are likely to receive light rain at night, it said.

Meanwhile, departures were delayed for up to 10 minutes at the Delhi airport due to the thunderstorms, officials at the IGI airport said.

According to the India Meteorological Department (IMD), the sky will remain partly cloudy on Friday.

The weather office also predicted that heatwave conditions are unlikely in the city for the next three days.

"The maximum and minimum temperatures on Friday are likely to hover around 40 and 25 degrees Celsius respectively," IMD officials said.

However, another spell of heatwave is likely to hit Delhi next week and the maximum temperature will gradually increase to 42 degrees Celsius by April 18, the IMD said.

Heatwave conditions scorched the capital for five days on the trot before cloudy weather brought the mercury down to 39.5 degrees Celsius on Tuesday.

The capital has recorded six heatwave days so far in April this year, equalling the number of such days in April 2017, the IMD data showed.

Delhi's air quality was in the poor category as the air quality index value stood at 280, according to the Central Pollution Control Board 24 hours AQI bulletin on Thursday.