Delhi Police said forces have been deployed at theatres and multiplexes screening "Padmaavat", and they are on high alert as violence was reported from Gurugram 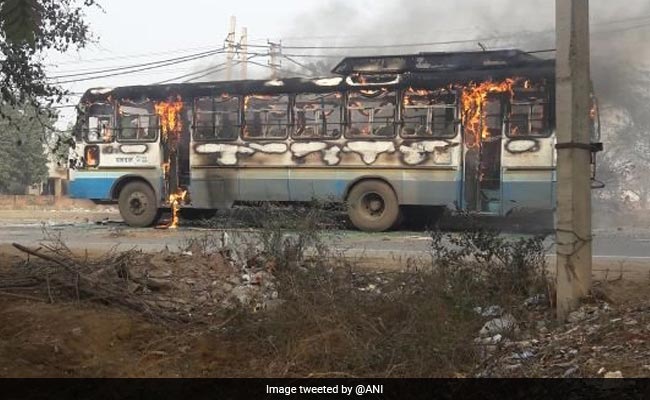 New Delhi: The Delhi Police today said adequate arrangements are in place to maintain law and order as Sanjay Leela Bhansali's "Padmaavat" releases tomorrow. The national capital has also turned into a fortress ahead of the Republic Day with special commandos of Delhi Police and paramilitary forces deployed across the city, mainly in central Delhi.

Police said forces have been deployed at theatres and multiplexes screening the movie, and they are on high alert as anti-"Padmaavat" violence was reported from adjoining Gurugram, earlier known as Gurgaon.

"In view of the screening of 'Padmaavat' in the capital, we have done proper arrangements. We are continuously in touch with various big and small cineplex managements," Special Commissioner of Police, Dependra Pathak, said.

"We have proper security in the periphery of the national capital and additional force has been kept in readiness. We are urging groups not to indulge in any act which could violate the law and order situation."

Additional Commissioner of Police BK Singh said security has been tightened especially in the New Delhi area, where the parade will take place on Friday.

"We have had rehearsals multiple times; we are adequately prepared for security arrangements in view of the Republic Day as well as the release of the movie 'Padmaavat'."

The Karni Sena has been protesting the release of "Padmaavat" on the grounds that it distorts history.

Incidents of violence have been reported from several states and in Delhi's satellite town of Gurugram, where a school bus carrying students was attacked by protesters.

In Delhi also, there were reports of violent incidents in Rohini, where a group of Karni Sena supporters halted traffic and shattered the windows of some vehicles. The police, however, denied any such incidents took place.

Promoted
Listen to the latest songs, only on JioSaavn.com
"The law and order situation in Rohini and Prashant Vihar area is under control and peaceful," a police officer said.

"There was no damage to any vehicle reported from Prashant Vihar area," Deputy Police Commissioner Rajneesh Gupta said even as images of damaged cars with shattered windows were circulated on social media.