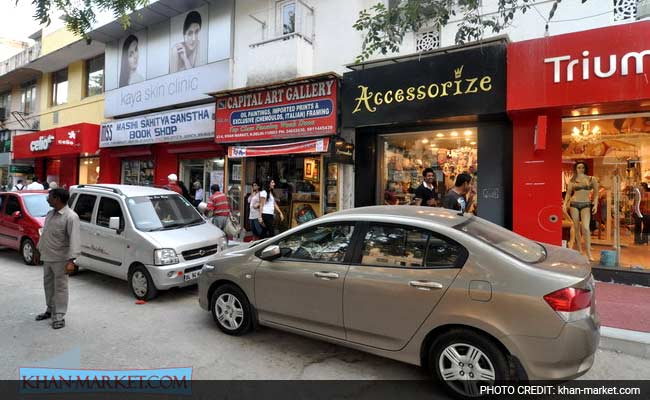 Khan Market is the most expensive market in India since five years, as demand for retail space has remained steady owing to its upscale location and current occupier profile.

"Khan Market is the most expensive market in India since five years, as demand for retail space has remained steady owing to its upscale location and current occupier profile," the report noted, ranking the posh shopping place at the top.

With Rs 1,250 ($19) per sq ft rental, Khan Market is followed by Connaught Place in the city centre at Rs 850 per sq ft and DLF Galleria at Gurgaon in Haryana and South Extension in south Delhi at Rs 750 per sq ft.

"Moving two positions up to 24th worldwide and 10th in the Asia Pacific region, Khan Market is centrally located in the national capital, flanked by high-end residential catchment area, with many global and national brands' stores in its vicinity," the report on 'Main streets across the world' pointed out.

"In India, New Delhi and NCR (national capital region) accounted for top four most expensive locations in the country due to steady growth in retail activities year-on-year (YoY), entry of new brands and expansion of existing brands," the report found.

Interestingly, DLF Galleria witnessed 15 per cent YoY hike in rentals owing to better tenant mix and better quality of retail space and high footfalls due to location and amenities.

"Poor infrastructure and lack of amenities for shoppers have led to these locations fall out of preference, while Lower Parel and Kurla are preferred for their quality space and growing catchment areas," the report said.

Vashi and Chembur in the western city's northwest and northeast suburbs have, however, seen 14.8 per cent and 9.4 per cent rise in rental values YoY, as population with disposable income grew proportionately.

Kolkata's Park Street and Camac Street ranked among top 10 in the Indian retail market despite recording no change in rental values on account of robust retailer interest and a regular inflow of brands to their location.

"The Indian retail industry has progressed to a certain level of maturity, where it has rationalised to ensure healthy growth on the basis of market dynamics," C&W India managing director Sanjay Dutt said on the findings in the report.

Cautious growth by retailers and quality real estate have readied the sector for a new phase of growth.

With presence in about 60 countries the world over and 15,000 employees, the 98-year-old US-based C&W deals in real estate process from strategy to execution.