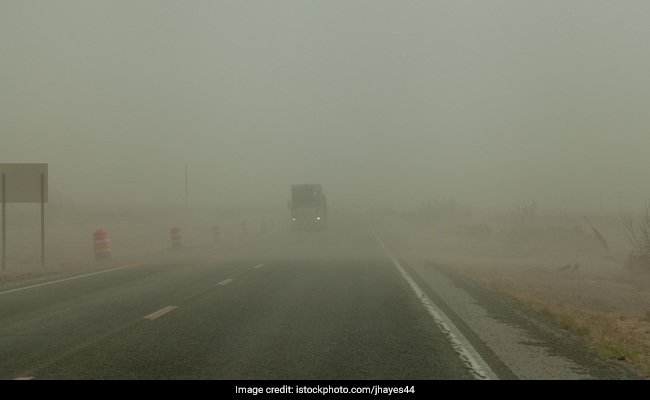 Dust or thunderstorm accompanied by gusty winds and lightning is expected in Delhi on Saturday, according to the India Meteorological Department. Weather today will also see light rain bringing relief from the sweltering temperature, the weather department predicted. Experts have predicted partly cloudy sky with the possibility of development of thunder and lightning in Delhi on Sunday, on a day the city will vote in the sixth phase of the ongoing Lok Sabha elections.

Humidity was recorded at 52 per cent.

The heat wave conditions are very likely to prevail over some parts of Vidarbha, Chhattisgarh and Telangana during the next 24 hours and in isolated pockets over East Uttar Pradesh, Jharkhand, Bihar, Odisha, Bengal during next 48 hours, the weather department predicted.

Due to the current western disturbance and ongoing moisture incursion from the Arabian Sea, rainfall or thunderstorm activity very likely over many parts of northwest India from today.

Rainfall or thunderstorm activity also likely to increase over northeast and peninsular India from today. "Isolated heavy rainfall is likely over Arunachal Pradesh and Assam and Meghalaya during next four days," the weather forecasting agency said in its report.