The minimum temperature recorded was 7 degrees, one degree below average. 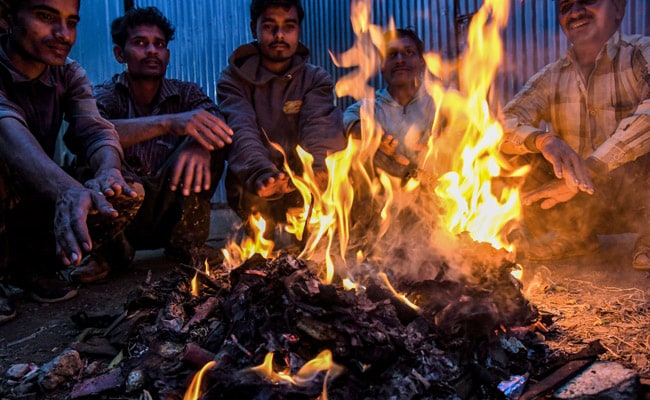 severe cold conditions is likely to decrease on 19th December and subside thereafter.

The maximum temperature recorded at the Delhi airport was 15.5 degrees, 7 degrees lower than the seasonal average.

There has been a dip in temperature for the second day in a row in north India due to low level cloud cover and cold north-northwesterly winds, according to the Indian Meteorological department or IMD.
The IMD had said cold to severe cold conditions is likely to decrease on 19th December and subside thereafter.

Schools in Noida to remain closed for the next two days following cold weather, according to a directive given by officials today.

Schools and colleges in Gwalior were to be shut for the next seven days due to cold wave, officials said on Wednesday.

Night temperatures in most parts of Jammu and Kashmir and Ladakh continued to drop after the recent snowfall even as traffic on the Jammu-Srinagar national highway was disrupted for several hours due to multiple landslides on Tuesday.

In Himachal Pradesh, the weather remained dry and cold as Manali, Kufri, Keylong and Kalpa shivered at sub zero temperatures.

Leh in Ladakh was the coldest recorded place in the region with a night temperature of minus 12.0 degrees Celsius on Tuesday.