The positivity rate in Delhi declined to 9.92 per cent on Wednesday, almost a 10 per cent decline from the previous day. 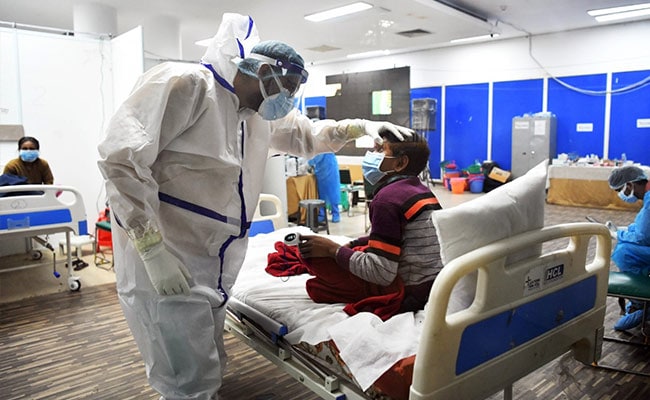 The positivity rate on Wednesday was the lowest since July 31. (FILE)

Delhi recorded eight more Covid-related fatalities and 1,652 new cases on Wednesday even as the positivity rate came down below 10 per cent after more than a fortnight, according to data shared by the city health department.

The positivity rate in Delhi declined to 9.92 per cent on Wednesday, almost a 10 per cent decline from the previous day.

The capital had on Tuesday reported 917 COVID-19 cases with a positivity rate of 19.20 per cent and three deaths due to the infection.

On Monday, the capital had reported 1,227 cases with a positivity rate of 14.57 per cent, while eight more people died due to the disease.

Before this, the city logged more than 2,000 cases daily for 12 consecutive days.

Delhi on Sunday reported 2,162 cases with a positivity rate of 12.64 per cent and five fatalities.

As many as 4,590 patients are in home isolation, the bulletin said.

Of the 9,418 beds reserved for COVID-19 patients in various Delhi hospitals, 587 were occupied. Beds at Covid care centres and Covid health centres were lying vacant, it said.

There are 322 containment zones in the city, it added.

Delhi Chief Minister Arvind Kejriwal had last week said though the cases were on the rise, there was no need to panic as most of them were mild in nature.

Despite the rise in the positivity rate, the city government is not implementing the Graded Response Action Plan (GRAP) devised by the Delhi Disaster Management Authority since hospital admissions are low.

The GRAP came into force in August last year, stipulating measures to be taken by the government in accordance with the positivity rate and bed occupancy for locking and unlocking of various activities.

The number of daily COVID-19 cases in Delhi touched the record high of 28,867 on January 13 this year during the third wave of the pandemic.

The city recorded a positivity rate of 30.6 per cent on January 14, the highest during the third wave of the pandemic.