Delhi's air quality index (AQI) was recorded at 46 in the 'good' category with PM 2.5 as the lead pollutant, said Ministry of Earth Sciences' forecast body SAFAR. 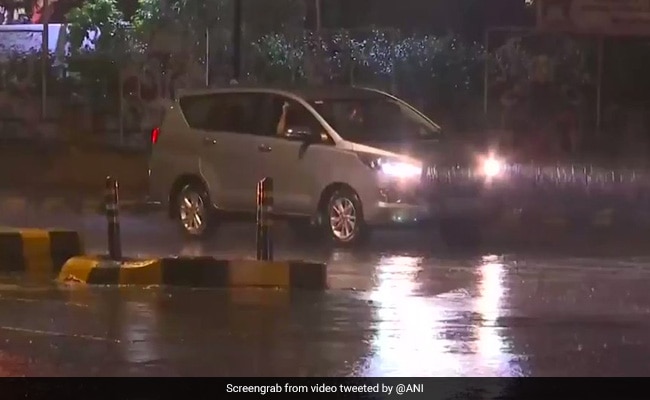 Rainfall in the national capital on Monday brought the much needed respite from air pollution with farm fires contributing only one percent to PM 2.5 in the city's air.

Delhi's air quality index (AQI) was recorded at 46 in the 'good' category with PM 2.5 as the lead pollutant, said Ministry of Earth Sciences' forecast body SAFAR.

"Local land surfaces are wet and so dust re-suspension is minimum which led to low PM10. Presence of western disturbance has led to scattered rainfall over north India, leading to low biomass burning. This condition improved AQI with low PM2.5.

"Fire counts have been reduced to 170 and its share is only 1% to PM2.5. Moist surfaces inhibit re-suspension of dust which will keep AQI in 'good' category for next 24 hours and after that AQI will degrade to 'satisfactory' for Delhi," said SAFAR.

According to the data from the Indian Agricultural Research Institute (IARI), 60 farm fires were recorded collectively in the six northern states out of which Punjab recorded 57 incidents, Haryana had one and Rajasthan had two fire incidents.

There were no fires in Delhi, Uttar Pradesh and Madhya Pradesh.

On October 17, satellites detected 54 residue burning events in the six study states with 14 in Punjab, zero in Haryana, 39 in UP, zero in Delhi, zero in Rajasthan and one in MP. The number of fires decreased from 741 on October 16 to 54 the next day.

However, IARI said detection of burning events by satellites was hampered due to clouds over all the study states. This was also corroborated by IITM-Pune's Decision Support System (DSS).

Overall, the total burning events recorded in the six states are 50.7 per cent less than in 2020 till date, IARI said.

The air quality in the national capital was in the 'very poor' category on Sunday but the stubble burning contribution to Delhi's air came down by two per cent, authorities said.

Punjab and Haryana attract attention during the paddy harvesting season in October and November.

Farmers set their fields on fire to quickly clear off the crop residue before cultivating wheat and potato. It is one of the main reasons for the alarming spike in pollution in Delhi-NCR.