Delhi weather: One of the primary reasons behind scant rainfall is the delayed onset of monsoon in the region. 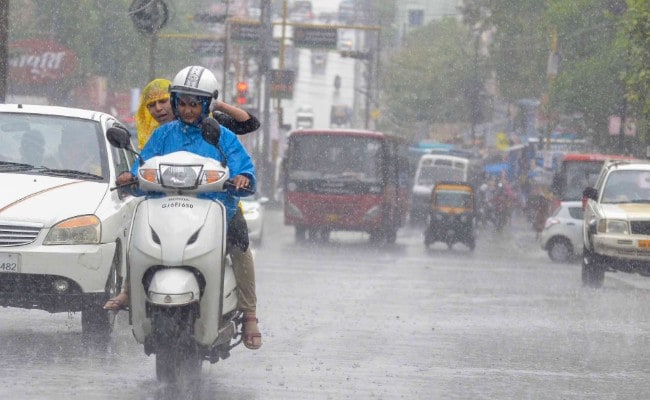 Delhi saw the onset of monsoon on July 5, per weather department.

Delhi may have to wait longer for heavy monsoon showers as the weather department has predicted only very light precipitation during the next two to three days.

On Wednesday, very light rain or thundershowers are expected in Delhi towards the afternoon, a Met official said.

Since the onset of monsoon on July 5, the Safdarjung Observatory, which provides official figures for the city, has recorded 25.4 mm of rainfall.

Overall, the weather station has gauged 26.8 mm of rains from July 1 to July 9 - only 1.4 mm of precipitation occurred in first five days of the month, meaning Delhi received 46 per cent less rainfall during the period.

Normally, it records 49.9 mm of rainfall in the first nine days of July, according to officials.

One of the primary reasons behind scant rainfall is the delayed onset of monsoon in the region, they said.

The India Meteorological Department on July 5 had declared the onset of monsoon over the national capital. Normally, the wind system reaches the city by June 29.

A senior scientist at the weather department said though cloudy conditions will prevail in Delhi, no much rainfall is expected in the next two to three days.

At 8:30 a.m on Wednesday, the city recorded a low of 28.2 degrees Celsius, a notch more than normal, and humidity levels at 80 per cent. The maximum temperature is likely to settle at 36 degrees Celsius.