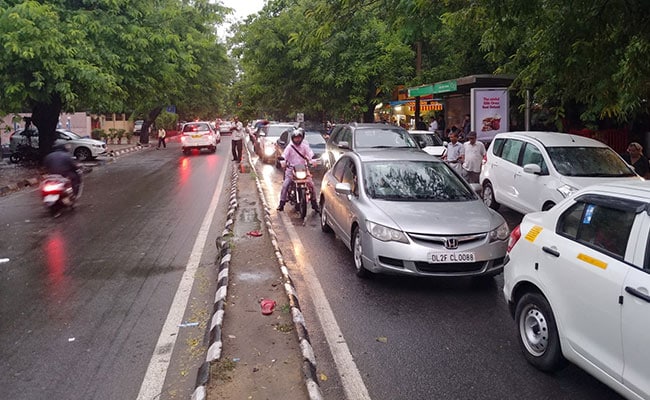 Strong winds are likely to prevail over southwest and the west-central Arabian Sea.

In Uttar Pradesh, the IMD said rain/thundershowers and lightning are very likely to occur in the next three hours at isolated places over Jhansi, Jalaun, Rampur, Bareilly, Raebareli, Pratapgarh, Moradabad districts and adjoining areas.

Intense spells of rain are very likely to occur in Mumbai, Thane, Raigad, Palghar, Ratnagiri and Nashik in the next four hours, the forecaster observed.

Northeastern states such as Assam, Meghalaya, Nagaland, Mizoram and Tripura are also likely to witness heavy spells of rain until July 27.

"By July 29, the Monsoon Trough will once again start shifting to North that would lead to the revival of Monsoon activities over Assam, Meghalaya and Arunachal Pradesh. Hence, we can say that the northeastern states will continue to witness good rain and thundershowers for the rest of July," said Skymet, a private weather forecasting agency.

Strong winds of speed hovering around 40-50 kmph are likely to prevail over southwest and the west-central Arabian Sea. Rough to very rough sea conditions are very likely to prevail along and off south Tamil Nadu coast, it added.

Fishermen have been advised not to venture into seas in these areas for the next few days.