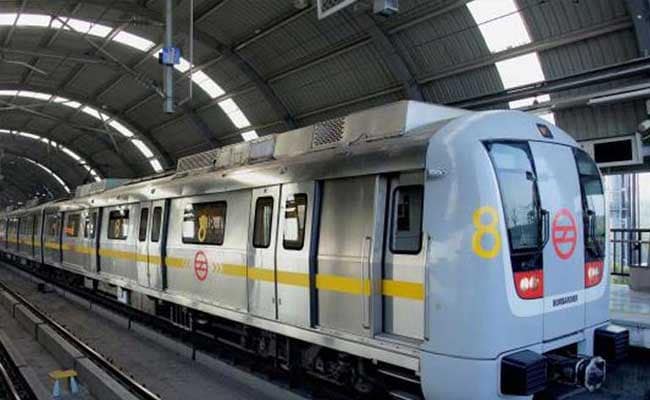 At present, 300 AFC Gates have been converted into 'Card Only' exit gates at Metro stations.

New Delhi: For the convenience of smart card carrying passengers, Delhi Metro Rail Corporation has decided to convert around 50 per cent of the existing Automatic Fare Collection (AFC) Exit Gates to 'Card Only' Exit Gates.

"At present, Delhi Metro has 1,073 AFC Exit Gates across all metro stations of the network. Of these, 500 Exit Gates are being converted exclusively for smart card users to be known as 'Card Only' AFC Exit Gates," the DMRC said in a release on Sunday.

"The move is aimed at facilitating smooth exit from the dedicated gates at a faster pace. The remaining AFC Exit Gates will remain functional for both Smart Card and token carrying passengers," it said.

"Token handling at times by relatively new passengers lead to some minor errors and delay in exit but this new arrangement would pave the way for smooth exit for both types of commuters - card as well as token users - thus avoiding unnecessary delay in exit," it said.

At present, 300 AFC Gates have been converted into 'Card Only' exit gates at Metro stations on all routes.

Rest of the stations will be covered by the end of this month, the release said, adding adequate signages are being placed at the gates to inform the commuters about it.

Delhi Metro has 213 km of operational network with 160 stations and it carries around 26 lakh commuters everyday across Delhi and NCR per day. Of these, around 18 lakh commuters use Metro Smart card every day.