A senior Delhi Metro official said the first technical snag occurred around 3 pm. The snag recurred at around 7 pm at another section. 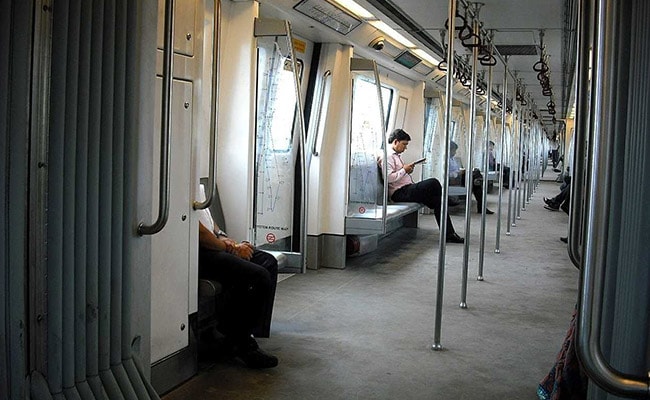 Train services were affected twice on Wednesday on the Delhi Metro's Blue Line due to signalling issues on the different sections of the corridor, officials said.

A senior Delhi Metro official said the first technical snag occurred around 3 pm. "Train services were affected due to signalling issue (loss of centralised view intermittently) on the Karol Bagh-Dwarka section," he said.

"Between 3:00 pm to 3:30 pm, the loss of view was for the entire Blue Line, which created bunching of trains on the entire line," he said.

The intermittent signalling issue was resolved at 4:23 pm and since then train services were running normal on the entire Blue Line, he said.

However, the snag recurred at around 7 pm at another section, and many passengers complained of delay in services.

A Twitter user who goes by the handle @sandeepissar wrote, "#DelhiMetro blue line metro from noida city center to nawada is running very slow. Its standing between two stations for 15 mins. (sic)."

The DMRC official said, "Train services on Blue Line are available at a frequency of 5-8 minutes due to intermittent signalling issues which resurfaced at around 7 pm."

Earlier in the day, the official said, "The view and control of the signalling and Automatic Train Control system on Blue Line (Dwarka Sec-21 to Noida City Centre/Vaishali) at Operations Control Centre (OCC) was intermittently getting lost today between Karol Bagh and Dwarka section." As a result, trains were being locally controlled as and when such view loss was happening, resulting into "intermittent bunching/hold up of trains for brief spells".