The murder, which was caught on CCTV, took place when Rupesh was standing outside his house watching his 12-year-old son and nephew play 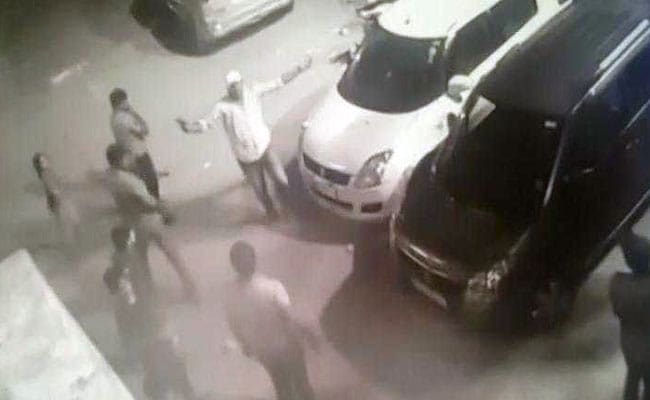 The 34-year-old man, who was killed allegedly by the drug mafia in Delhi, was watching his son and nephew play when two unidentified men shot him, police said on Monday.

The family of the victim, Rupesh Kumar, alleged that the police had not done anything to curb the drug menace in the nearby slum area at Taimoor Nagar in New Friends Colony, despite numerous complaints by the deceased's brother, Umesh.

The murder, which was caught on CCTV, took place between 8.30 and 8.40 pm on Sunday when Rupesh was standing outside his house watching his 12-year-old son and nephew play, Umesh said.

Deputy Commissioner of Police (Southeast) Chinmoy Biswal said Rupesh was shot in the chest by two unknown men who were passing by his house. The police are analysing the CCTV camera footage of the incident. 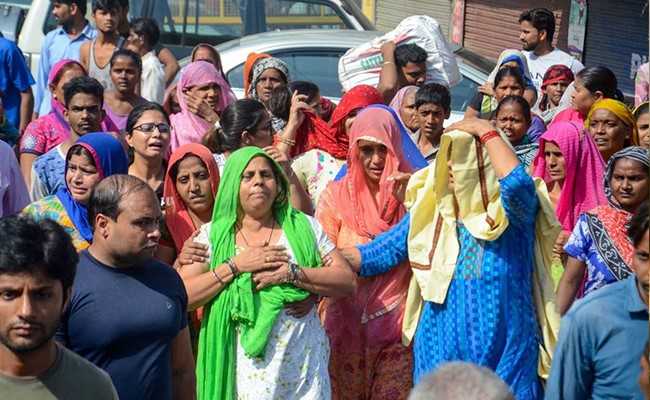 Relatives of Rupesh Kumar mourn at his funeral

Rupesh, who runs a stationery shop, succumbed to injuries later at a hospital. In the footage, Rupesh Kumar is seen in the street when two men walk past him and one of them pumps a bullet in his chest. The shooter then casually walks away and the victim falls to the ground.

Police said the accused may have come to the nearby slum to buy drugs and had even attacked someone there who escaped with minor injuries. While they were running, they fired at Rupesh who was standing outside his home and it is possible he might have been shot accidentally.

The family members of Rupesh kept his body on the road and held a protest on Monday, demanding action against the accused and those involved in drug peddling in the area. Rupesh was working against the sale of drugs and was attacked because of that, his family claimed.

Locals burned two motorcycles and threw stones at the police personnel who were trying to manage the crowd. A policeman was injured in the incident and currently is in a hospital, police said. Other policemen sustained minor injuries in the protests.

Umesh has filed at least eight complaints in the past one-an-a-half years on the drug menace but, he said, no action was taken. Fed up of the menace of drug-peddling in his area,

He approached the police again last week, following which a police jeep was deployed in the area. Recalling that the same police vehicle was at the spot when his brother was shot dead, Umesh alleged that instead of rescuing, they allegedly drove away. Despite locals informing them about the incident, the police at spot told them to dial 100, he said. 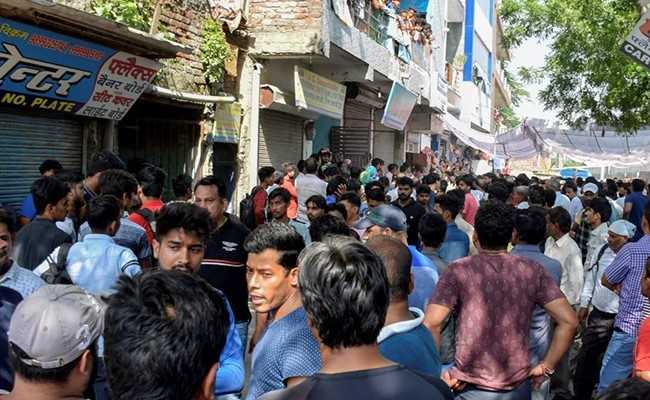 He alleged that his 48-year-old uncle, who is a diabetic patient, was also beaten up by the police when he went up to them and told if they had taken timely action, this incident could have been avoided.

A vigilance enquiry has been ordered under the supervision of the additional deputy commissioner of police (southeast) to probe the role of the local police during the incident on Sunday and the family's allegations, police said.

Umesh accused the police of not doing anything regarding the growing drug menace in the locality. "Even when we are mourning the death of my brother, I helped nab three drug peddlers on Monday. Police receives money from these drug peddlers."

Seeking justice for Rupesh, Umesh said they want the accused to be arrested as soon as possible. "We are not satisfied with the way the investigation was carried out by the New Friends Colony for failing to control the menace."

Umesh Kumar said he will continue his efforts to save others and added "I can also be killed tomorrow, but I won't stop."