A plea by the National Hawkers Federation has challenged the Delhi Master Plan of 2021 which was approved in 2007. 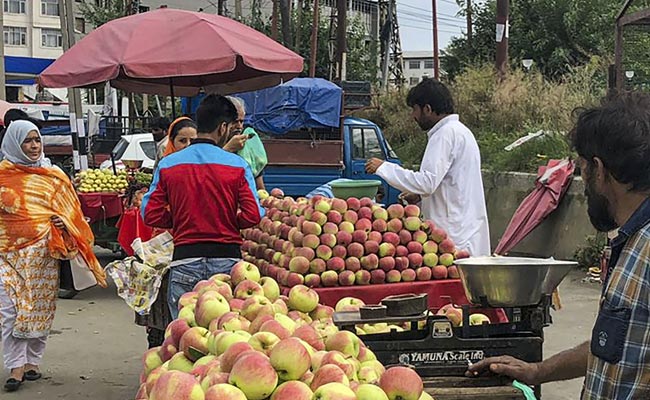 The plea said that street vendors form an integral part of the economy. (File)

The Delhi High Court today sought a response from the Delhi Development Authority (DDA) on a plea by the National Hawkers Federation challenging the Master Plan of 2021.

A bench of Chief Justice DN Patel and Justice Jyoti Singh issued notice to the DDA on the petition which claims that the Delhi Master Plan of 2021 does not take into account the Street Vendors (Protection of Livelihood and Regulation of Street Vending) Act, 2014.

The petitioner, which claims to be an association of street vendors and 1,188 unions in the country, has said that the overarching objective of the Street Vendors Act, 2014 is to provide for and promote a supportive environment for the urban street vendors to carry out their vocation while ensuring that vending activities do not lead to overcrowding and unsanitary conditions in public spaces and streets.

However, the Master Plan 2021 - which was approved in 2007-"wrongfully retains" provisions that do not reflect the criteria set out for street vendors under the Street Vendors Act, the petitioner said.

In the petition filed through lawyer Kawalpreet Kaur, the petitioner has added that the sections for "informal sector" under the Master Plan are "manifestly arbitrary" and make no mention of the Street Vendors Act which provides for Plan for Street Vending and the formation of Town Vending Committees.

The plea said that street vendors form an integral part of the economy of the State and most of them have been forced to secure their livelihoods by carrying on trade on the streets because the government authorities "miserably failed to secure a decent livelihood for the urban poor".

The matter would be heard next on January 12.