Arvind Kejriwal had released a "10-point guarantee card" last month, ahead of assembly polls, and promised more than 11,000 buses in the city. 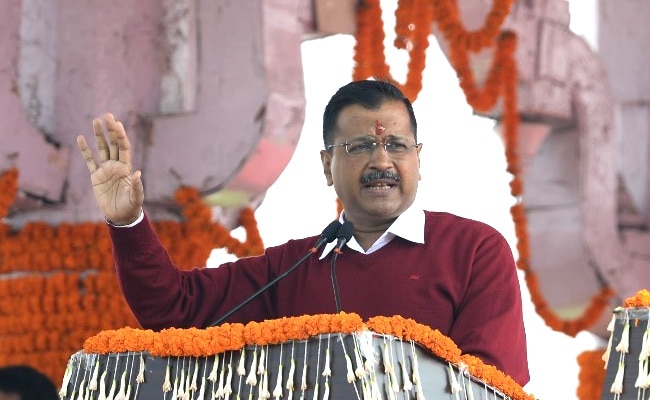 Delhi Chief Minister Arvind Kejriwal, who took oath for a third term on Sunday, this morning assured there would be "no dearth of buses" in the national capital soon. The Aam Aadmi Party chief had promised to expand city's bus fleet ahead of assembly elections.

"It did take time. But finally we were able to overcome all obstacles. So, buses have started arriving. I can assure all Delhiites, soon there won't be any dearth of buses (sic)," the 51-year-old AAP chief tweeted this morning. He also shared a news report that said that the public bus fleet crossed the 6,000 mark in the city for the first time in 10 years under the AAP government.

It did take time. But finally we were able to overcome all obstacles. So, buses have started arriving. I can assure all Delhiites, soon there won't be any dearth of buses. pic.twitter.com/lOqcu33FFv

In a "10-point guarantee card" released by Mr Kejriwal last month ahead of assembly polls, he had promised more than 11,000 buses in the city. Expansion of the metro network to over 500 km, was also one of the poll promises made by the AAP, which also said that city's metro network would be made the "world's largest".

Last year, his government had rolled out a travel scheme to offer free rides to women in the national capital in over 55,000 state-run buses

His latest assurance comes two days after he took oath as Chief Minister at Ramlila Maidan, near the iconic Red Fort, for a third consecutive term. Thousands attended the mega ceremony. In his victory speech, Mr Kejriwal said the mandate signalled the success of a "new kind of politics" that focuses on "work".