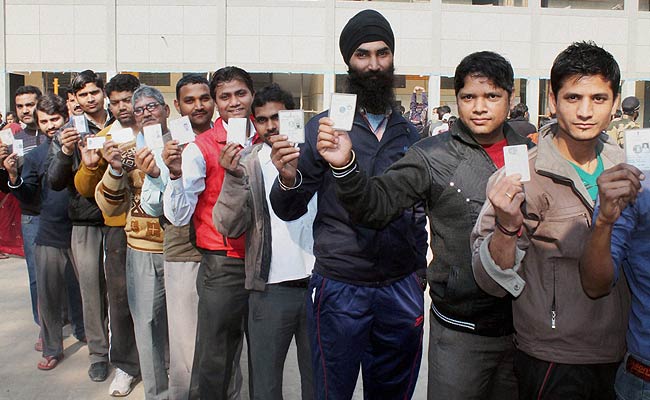 "We are happy to announce that this election has been unprecedented in terms of voter turnout. The poll percentage has crossed 67.08 percent," Chief Electoral Officer Chandra Bhushan Kumar said.

There were 673 candidates in the fray for 70 assembly seats. Voting took place in 11,763 centres.

Promoted
Listen to the latest songs, only on JioSaavn.com
Prime Minister Narendra Modi urged voters to exercise their franchise in large numbers.

Many initial voters in affluent areas were morning walkers. There were also those employed in neighbouring Haryana and Uttar Pradesh who had to go to work after voting.