The positivity rate on Saturday stood at 5.7 per cent while the recovery rate was over 89 per cent, as per the bulletin. 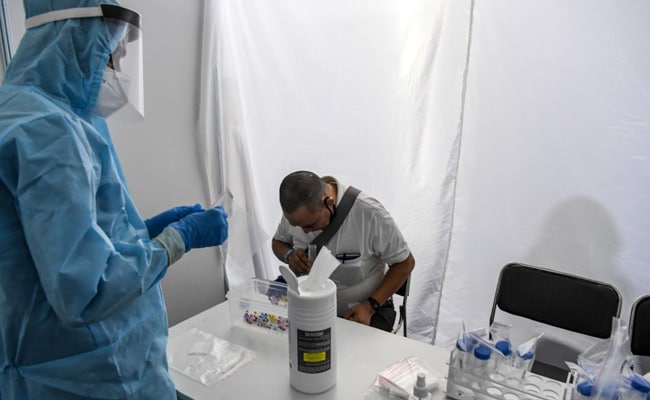 The active coronavirus cases tally on Saturday rose to 10,667. (Representational)

Delhi recorded 1,404 fresh coronavirus cases on Saturday, taking the tally in the city to over 1.44 lakh, while the number of deaths from the disease climbed to 4,098, authorities said.

The number of daily cases after dipping to three-figure count last Sunday, has again shown a rise in the last few days, recording in excess of 1,000.

Also, the number of tests have shown a rise in the last few days, with the Saturday figure being 24,592, as per the latest bulletin.

Sixteen fatalities have been recorded in the last 24 hours, it said.

On Friday, the daily cases count was 1,192 and 23 deaths were reported.

On June 23, the national capital had reported the highest single-day spike of 3,947 cases, till date.

The Saturday bulletin said the deaths from the coronavirus infection has risen to 4,098 and the total number of cases climbed to 1,44,127.

The positivity rate on Saturday stood at 5.7 per cent while the recovery rate was over 89 per cent, as per the bulletin.

Tthe Union heath secretary took a meeting through video-conferencing with health departments of Delhi and a few other states, to review the measures for controlling COVID-19, it said.

According to the Saturday bulletin, out of the total number of beds in COVID hospitals, 10,469 are vacant.

Also, 2,549 beds in COVID-19 care centres are occupied by persons under quarantine, including travellers who have returned by Vande Bharat Mission and bubble flights, it said.

According to the bulletin, 1,29,362 patients have recovered, been discharged or migrated so far.

The number of people in home isolation stands at 5,372.

The number of Rapid Antigen Tests conducted on Saturday stood at 19,902 while the RT-PCR, CBNAAT and True NAAT tests figures were 5,500, in all adding to 24,592, according to the bulletin.

On Saturday, the number of containment zones stood at 478.