Ten people were on the plane, reported to be a Super King aircraft that was flying to Ranchi in Jharkhand (Associated Press photo)

New Delhi: Ten personnel of the Border Security Force (BSF) were killed this morning as a small plane crashed near the Delhi airport just after take-off.

All on board the B 200 Super King - three officers and seven senior technicians - were killed.

It crashed just moments later. There was no distress call or communication, say sources.

The plane swerved to the left after take-off, narrowly missing a village. It then flew over a train track and clipped a tree before slamming into the boundary wall of the airport and crashing into a water treatment plant in the airport compound. 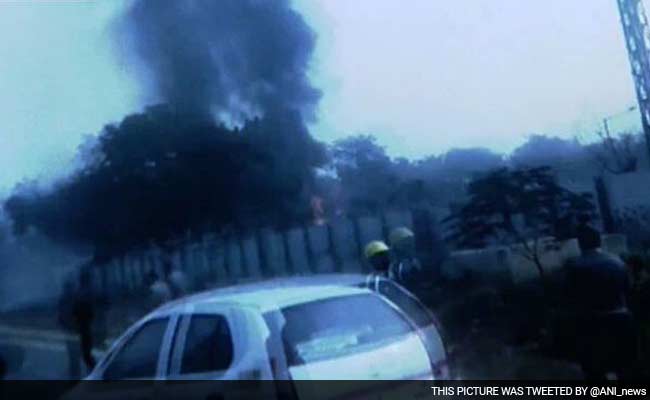 The aircraft burst into flames and was almost completely wrecked. Thick smoke rose from the debris just after the crash.

NDTV has learnt that the pilot had detected a technical problem on starting up his engines but was told to go ahead with his flight by the BSF ground crew. The engines had been overhauled six months ago and there were no plans to decommission the aircraft.

The crash site is close to a railway station and Terminal 3 of the International airport, and the nearest village is two kilometres away.

"We saw a plane spiralling down and crashing near the wall where some labourers were working. A labourer was injured," said a witness.

"We could see giant flames. We also saw one body being taken out," said a woman.

Union Minister of State for Civil Aviation Mahesh Sharma has said that an investigation has been ordered. 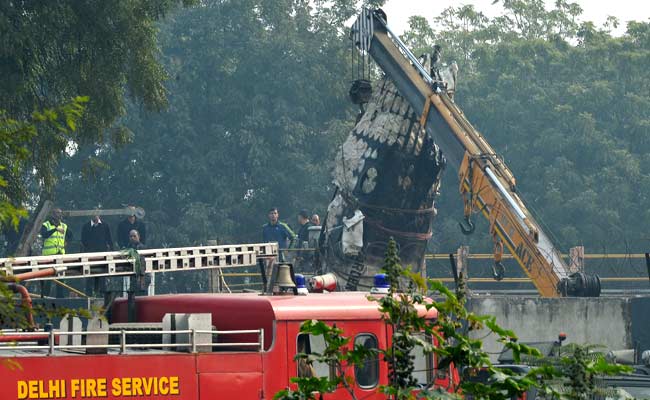 Talks in Dhaka between the BSF and its Bangladesh counterpart have been put off because of the crash, say sources.

These aircraft are often used by top officials and ministers. The plane was taking senior technicians to Ranchi to repair a helicopter.