Before Photographer's Murder On Delhi Road, His Last Moments On CCTV

In CCTV visuals, Ankit Saxena is seen in a black leather jacket around 8 pm on Thursday. Ten minutes later, the same camera captured the sound of a police siren and a group of people staring at the direction where the murder had taken place.

Ankit Saxena was seen speaking on the phone in CCTV footage minutes before he was murdered.

New Delhi: Ankit Saxena, 23, is seen pacing and talking on the mobile phone in security camera footage caught just moments before he was ambushed by the family of his Muslim girlfriend and killed in the middle of the road last week.

In CCTV visuals from a busy road in Raghubir Nagar in west Delhi, Ankit is seen in a black leather jacket around 8 pm on Thursday. Ten minutes later, the same camera captured the sound of a police siren and a group of people staring at the direction where the murder had taken place.

Just a few steps from where he was last seen speaking on the phone, Ankit was attacked and stabbed by the mother, father, uncle and younger brother of the 20-year-old Muslim woman he had been dating for three years. All four have been caught, including the woman's brother, who is underage. 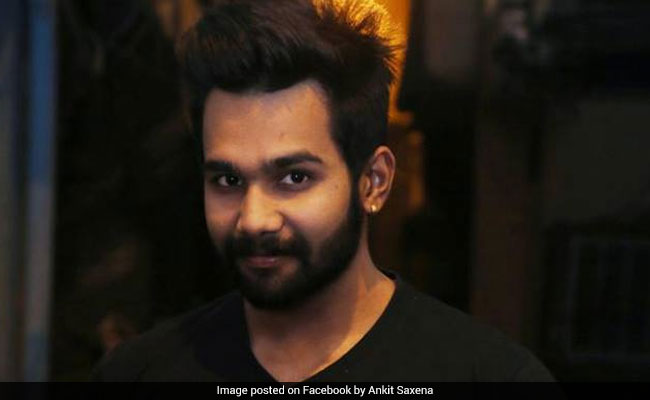 Ankit Saxena, 23,  was beaten and then stabbed by the family of his Muslim girlfriend on Thursday

The police said her family had warned her against her relationship with a Hindu man, but the two kept meeting.

The woman has told the police that she was going to meet Ankit that evening. She had allegedly defied her family and left her house after they found out that she had stayed in touch with Ankit despite their objections.

Witnesses and footage from CCTV cameras reveal that the woman's family charged at Ankit at a traffic intersection and demanded to know where she was. After an argument, Ankit is shoved to the ground by the woman's father and uncle - and kicked.

Ankit's mother ran out of their home nearby and tried to stop the assault but she, too, was attacked.

Promoted
Listen to the latest songs, only on JioSaavn.com
In front of his helpless mother, Ankit was stabbed in the neck with a knife by his girlfriend's father and uncle.

There was heavy police presence in the area over the weekend to check any possible fallout of the public killing; reports suggest the woman's relatives, who live in the neighbourhood, stayed indoors for fear of reprisal. Despite shock among residents over the attack on a crowded road in the capital city, there has been no incident in the past four days, say the police.