Arvind Kejriwal Went For Movie, Has Gone To Work Only Twice: Kapil Mishra

In the long post,Kapil Mishra also described Arvind Kejriwal as the Chief Minister who has no portfolio, who "works the least and takes most holidays". 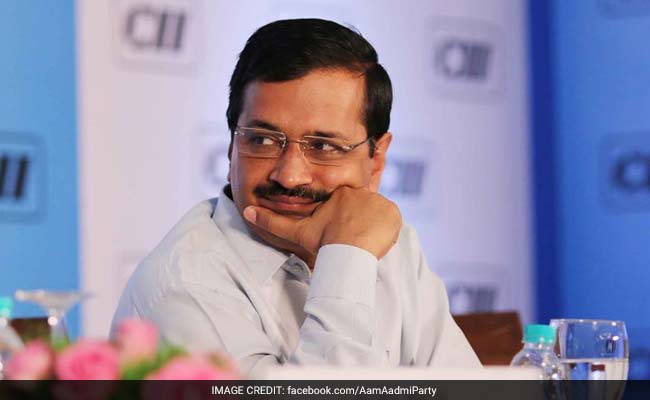 New Delhi: Arvind Kejriwal has gone to his office only twice in the past year, sacked minister Kapil Mishra has said in his latest missile at the Delhi Chief Minister. In today's edition of his barb-a-day social media posts, the suspended Aam Aadmi Party (AAP) leader unleashed a personal attack, goading Mr Kejriwal on a movie date.

"His relatives are being raided, corruption cases are surfacing every day, but the Chief Minister, completely cut off from the public, came out of his home after days only to watch Sarkar 3... These are Mungerilal ke Haseen Sapne (pipe-dreams). When did Arvind Kejriwal last go to his office? When did he climb the secretariat stairs? The people of Delhi probably have no idea that their CM has gone to office barely two days in the past year," Mr Mishra said in a blog post.

In the long post, Mr Mishra also described Mr Kejriwal as the Chief Minister who has no portfolio, who "works the least and takes most holidays" and "is on his way to becoming most corrupt".

Mr Mishra was suspended from the party last week, after he went public with allegations of corruption against Mr Kejriwal and claimed he had seen him receiving Rs 2 crore from another minister. He also alleged that the Chief Minister's brother-in-law had scored illegal land deals.

Mr Kejriwal and AAP say Mr Mishra was sacked because of poor performance, and that his allegations are wild and baseless.

A week ago, he started an indefinite hunger strike demanding that the AAP chief "reveal" the source of funding of foreign trips taken by five AAP leaders -- Sanjay Singh, Ashish Khetan, Raghav Chadhha, Satyendar Jain and Durgesh Pathak -- in the last two years.

The fast ended when he fainted while speaking to the media on Sunday. He was taken to hospital, and released on Monday.
Comments
Arvind KejriwalKapil MishraKejriwal corruption allegations