After a visit to West Delhi's Tri Nagar area, Arvind Kejriwal claimed that data showed the campaign was "successful" so far and cases of dengue were on the decline. 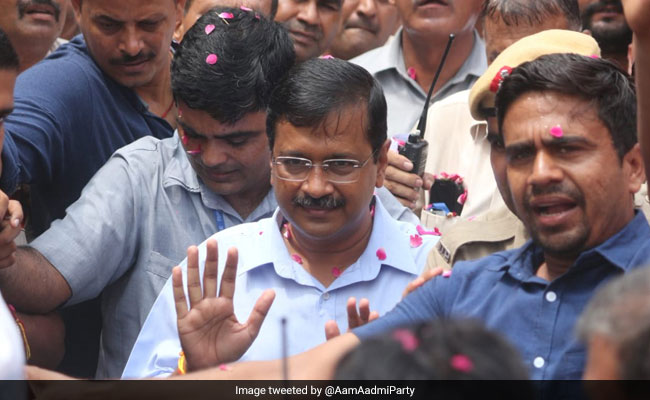 Arvind Kejriwal claimed that data showed the campaign was "successful" so far.

After a visit to West Delhi's Tri Nagar area, Mr Kejriwal claimed that data showed the campaign was "successful" so far and cases of dengue were on the decline.

Under the campaign launched on September 1, people are expected to devote 10 minutes at 10 AM every Sunday for draining stagnant water that could lead to breeding of mosquitoes. The campaign will conclude in mid November.

"I am very happy that this campaign has been successful so far and dengue has been controlled for the time being. There were many cases of dengue 3-4 years ago. As per cycle of the disease it was expected to recur on big scale this year but data show dengue has significantly declined in Delhi," Mr Kejriwal said.

The dengue mosquito has a range of 200 metres so if people check their houses and encourage their neighbours to do it, Delhi will be saved from the disease, he said in Tri Nagar.

Deputy Chief Minister Manish Sisodia also inspected his house and visited his constituency to ask people to follow the suit.

The Delhi government is planning to partner with over 3,000 RWAs across the national capital as part of the campaign for more intensive inspections in residential areas of the city.

The number of dengue cases recorded till September 7 stood at 122, with 30 of these reported in the current month and 52 in August.

Last year, 2,798 dengue cases and four deaths were recorded by the South Delhi Municipal Corporation (SDMC), which tabulates the data on vector-borne diseases in the city.

Both the Delhi government and the local bodies have been making efforts to raise awareness among the people on precautions to ensure that there is no breeding of mosquito larvae in and around their houses.