Arvind Kejriwal To Get Feedback From Residents On Delhi Government

On Monday, Deputy Chief Minister Manish Sisodia visited seven schools, six of which are under construction. 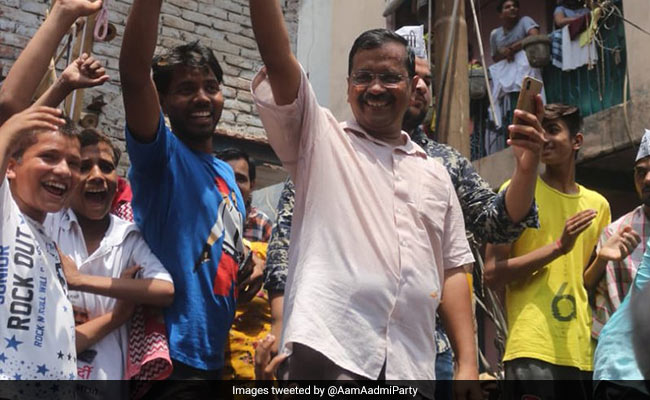 With a few months left for the Delhi Assembly polls to begin, Delhi Chief Minister Arvind Kejriwal will be on the ground with his cabinet ministers from Tuesday to know the problems of the people and to find viable solutions for them.

The ministers will also review the condition of government hospitals, clinics, schools, etc., and get a first-hand account of their functioning, according to a statement from the Delhi government.

Mr Kejriwal has already started his ''padyatras'' and public meetings in different parts of Delhi. He conducted ''padyatras'' in Deoli and Tuglakabad.

The chief minister also visited his New Delhi constituency and held public meetings with the people.

On Monday, Deputy Chief Minister Manish Sisodia visited seven schools, six of which are under construction.

According to the statement, he will be visiting schools and anganwadis apart from taking stock of various infrastructure projects like the Signature Bridge, among others.

Health Minister Satyendar Jain will review the condition of hospitals, clinics, roads and construction projects of the PWD, while Labour Minister Gopal Rai will take feedback of the people on government initiatives apart from checking implementation of policies falling under his department.

Mr Rai will also check the implementation of minimum wage rules in the capital.

Transport Minister Kailash Gahlot will be conducting inspections at sub-registrar offices, SDM offices, etc. to review the working of these public dealing offices, the statement read.

Rajendra Pal Gautam, who is social welfare minister, will be conducting inspections at different offices of the Social Welfare department in the national capital to check their proper functioning and see whether the residents of Delhi are facing problems in getting their work done.

He will also review the condition of various old-age homes, shelters for differently-abled, beggar homes, rehabilitation centres, mahila sadans and other facilities under the department.

According to the statement, he will also visit construction sites to check any violation of building and pollution norms.