The decision was taken at a high-level meeting chaired by chief secretary Anshu Prakash to review prepardness in the wake of the warning. 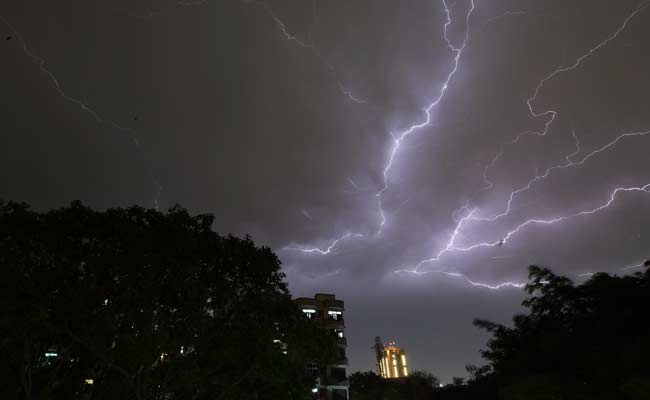 The government said that all evening schools (second shift which starts from the afternoon) will be shut tomorrow.

The decision was taken at a high-level meeting chaired by chief secretary Anshu Prakash to review prepardness in the wake of the warning.

The India Meteorological Department (IMD) today issued an alert forecasting that several parts of north India including Delhi could witness thunderstorm and squall tomorrow with winds gusting up to 50-70 kilometers per hour.

The government also issued a list of "dos and don'ts" to deal with any such possible situation.

Officials of fire department, revenue, traffic police, home, PWD and others were present.

The revenue department of the government has already issued directions to all district officers and said water and power utilities would also keep restoration teams ready .

Promoted
Listen to the latest songs, only on JioSaavn.com
According to the India Meteorological Department (IMD), thunderstorm accompanied with gusty winds are very likely at isolated places over Jammu and Kashmir, Uttarakhand, Himachal Pradesh, Punjab, Haryana, Chandigarh, Delhi and western Uttar Pradesh today and tomorrow.

At least 124 people were killed and more than 300 others injured in five states due to dust storms, thunderstorms and lightning last week.

Man Stabbed To Death In Front Of Father In Delhi: Police