11 Of Family Found Dead In Delhi Home, Blindfolded And Hanging

The Bhatia family ran a grocery shop and plywood business a few steps from their double-storey home in Burari's Sant Nagar. They have been living in the areafor the last two decades

The family ran a grocery shop and plywood business near their home in Burari.

Eleven members of a family were found dead at their home in north Delhi's Burari this morning. Ten of those found dead were hanging from an iron grill ceiling and the body of an elderly woman was on the floor of one of the rooms, police said. Most of them were blindfolded with their hands tied behind their backs.

"It is a tragic incident. I have spoken to the police. Let's wait for their investigation to be over," Chief Minister Arvind Kejriwal, who visited the spot, said. Earlier, Delhi BJP Chief Manoj Tiwari as well as a Congress leader also visited Burari.

The police suspect they committed suicide. Seven of them are women, including a 75-year-old; two are teenagers, the police said. 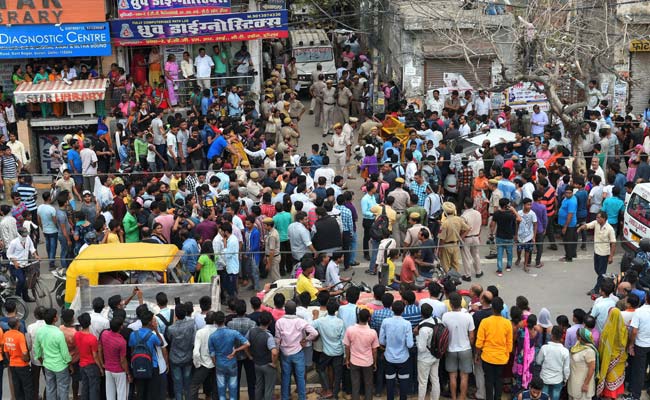 Seven of them are women, including a 75-year-old; two are teenagers

"We are investigating from all possible angles, we are not ruling out anything. The bodies have been sent for postmortem," he added.

The Bhatia family ran a grocery shop and plywood business a few steps from their double-storey home in Burari's Sant Nagar. They have been living in the area for the last two decades.

Every morning, their shop would open by 6, but when it didn't till 7.30 today, a neighbour went to check on the family. Finding the door open, he went inside and saw the family members hanging from the grill ceiling using dupattas. They were blindfolded and their mouths taped shut, he said

He informed the police, who rushed to the spot and cordoned off the area. The police are currently examining the CCTV footage for clues. 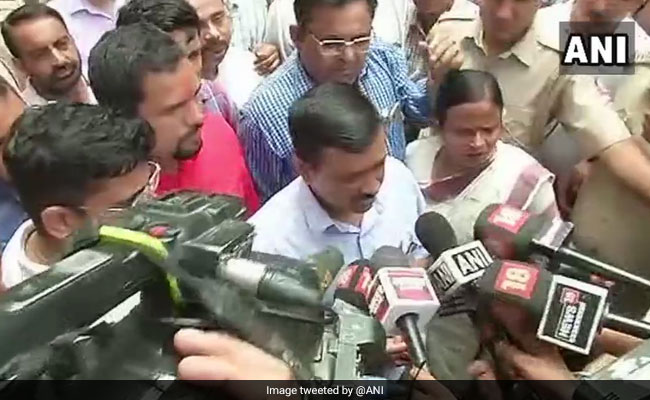 Chief Minister Arvind Kejriwal visited the spot and spoke to the neighbours.

In a video posted by the ruling Aam Aadmi Party (AAP), the neighbours are heard telling Mr Kejriwal that the family was busy with wedding preparations and were looking forward to it.

Local residents of Sant Nagar, #Burari tells CM @ArvindKejriwal about the family, in whose house the tragic incident happened. pic.twitter.com/dEHNdKqJM5

The neighbour added that Bhupinder and Lalit Singh, who were brothers, were quite friendly. "They couldn't have commited suicide. I spoke to Bhupinder last night. He was very happy and there was no sign of any stress," he told news agency IANS.