Santiniketan: This is the first major clash between rival student groups after a face off on 8th January between students and the vice chancellor. 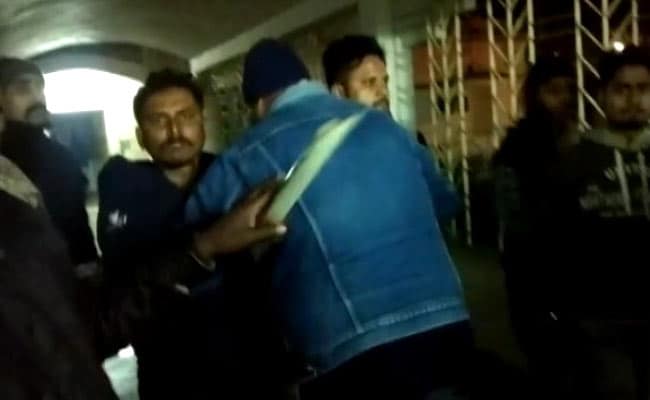 The injured student said in a video clip he recognized two attackers.

An economics student at West Bengal's prestigious Visva Bharati University was admitted to hospital last night after being attacked by a group of students, allegedly from the BJP-linked student body, ABVP.

Swapnanil Mukherjee and some other students clashed with the ABVP group around 11:30 pm on the campus. Video footage shows some lathi wielding youth threatening them as he was brought to the local hospital for treatment.

This is the first major clash between rival student groups after a face off on 8th January between students and the vice chancellor over BJP MP Swapan Dasgupta being invited to lecture on the new Citizenship Amendment Act.

On that day, Mr Dasgupta, vice chancellor Bidyut Chakraborty and nearly 100 others who came to attend the lecture, had been confined inside a hall for 6 hours by students from Left-linked groups.

The protesting students had dispersed around 10 pm that day saying they were feeling threatened as ABVP and BJP supporters were reportedly gathering outside the campus to attack them.

A police complaint has been filed about last nights clash.