The forest department will release the python in Gujarat's Jambughoda Wildlife Sanctuary once permission is obtained, according to an official. 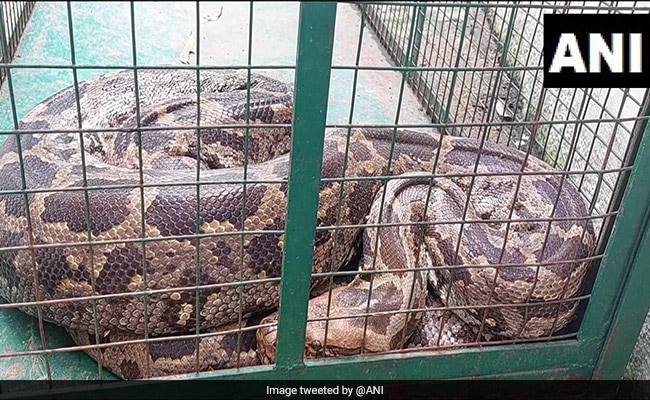 The python was hauled out of the river by three rescuers.

A 10 feet long python was rescued from a small river in Vadodara by Gujarat Forest Department officials on Tuesday.

"The python had swallowed a monkey and later vomited it after the rescue. It is in a good condition now," said Shailesh Rawal, animal rescuer, forest department.

According to Mr Rawal, the forest department will release the python in Jambughoda Wildlife Sanctuary once permission is obtained.

The python was hauled out of the river by three rescuers who later put it into a cage.