The baby's uncle said that his sister had a healthy delivery, but hospital authorities showed them the dead body of the newborn an hour after the delivery. 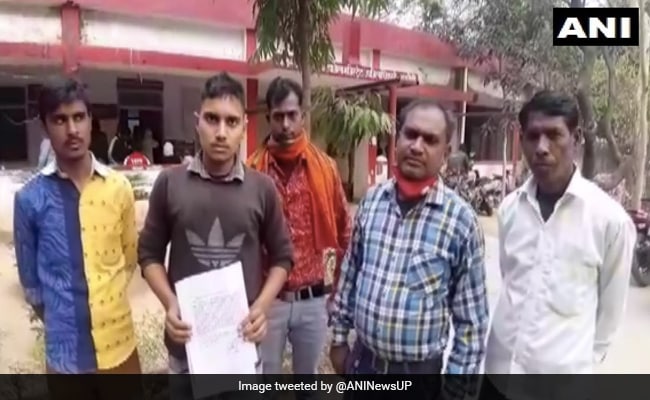 "The hospital threatened us and told us not to go to the police," Hemant Kumar, baby's uncle.

A family in Aligarh's Pilkhuni alleged that their newborn baby died due to a hospital's negligence, adding that her body had animal bite marks on it.

Hemant Kumar, the uncle of the baby said that his sister had a healthy delivery, but hospital authorities showed them the dead body of the newborn an hour after the delivery.

"We brought my sister, Sapna Kumari, to the Kirti hospital at Ramghat Road in Atrauli on the evening of November 22 for delivery. When they showed us the baby's body about an hour after delivery, she was dead. They took her back to the freezer and when we saw her the next morning, we found animal bite marks on her face and body," Mr Kumar alleged.

He further said that the hospital then asked them to make payment and take the infant's body with them.

"They threatened us and told us not to go to the police," he claimed.

Pankaj Kumar, senior official of Aligarh said that the District Magistrate had ordered a probe and an investigation was underway.

"The DM has ordered a probe. The Deputy Chief Medical Officer of the hospital and the Station House Officer are also investigating," the official said.

Man Arrested For Allegedly Killing Friend Who Did Not Return Borrowed Money In Delhi: Cops