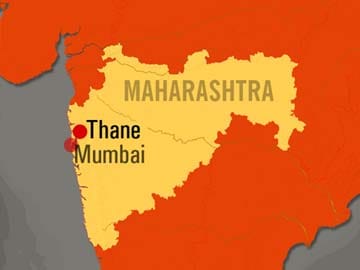 Thane: A bone ossification test conducted on a rape case convict, who had earlier claimed that he was a minor at the time of crime, has revealed that he was around 20-year-old when he committed the act in 2011.

The bone ossification test report was submitted to the district court in Thane yesterday.

The accused, originally from Rajasthan, had been arrested on charge of raping a six-year-old girl at Bhayander in the district in November 2011.

The trial in the case had begun in February 2013, which got over early last month.

During the hearing, the victim had told the court that she had been lured by the accused to a public toilet, where she was raped.

On September 5, the court convicted him.

However, just before the court pronounced the quantum of punishment, the accused claimed that he was a juvenile at the time of crime.

Lawyers representing the convict supported the arguments and presented his school leaving certificate, which mentioned his date of birth as May 15, 1994.

Besides, the birth certificate issued by a village sarpanch in Rajastan, was submitted in the court bearing the same date.

However, Assistant Public Prosecutor Hemlata Deshmukh challenged the argument and told the Additional Sessions Judge M C Khadke that the accused was 20-years-old at that time.

The prosecution then moved an application in the court seeking permission to conduct a bone ossification test on the accused to ascertain his date of birth.

The public prosecutor also challenged the birth certificate submitted by the defence counsel.

The prosecution, however, sought clarification in the case and summoned the sarpanch.

"Following the court summons, the village sarpanch attended the hearing recently and later admitted that the birth date certificate submitted could have been fabricated.

He said the person who had signed the certificate was never the village head and held no authority to issue this document," Deshmukh said.

Promoted
Listen to the latest songs, only on JioSaavn.com
The court will now decide the quantum of sentence.

Currently, a person below 18 years of age is treated as a juvenile and under the Juvenile Justice Law, the maximum punishment is three years' confinement at a reformatory home.