2 Arrested In Maharashtra With Endangered Pangolin Worth Rs 40 Lakh

Pangolin scales are used in traditional Asian medicine, particularly in China and Vietnam. 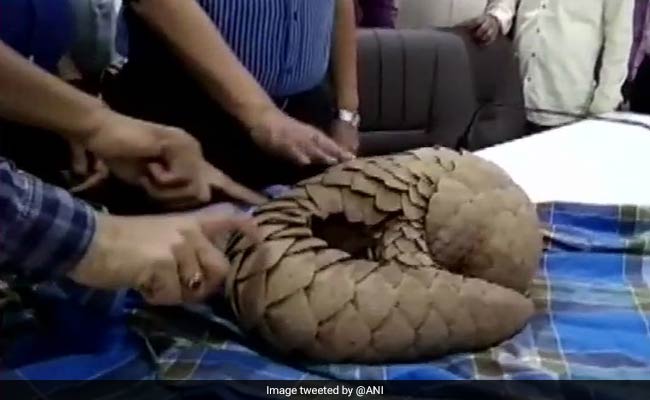 Pangolin meat is also considered a delicacy in some countries.

Two men were arrested on Tuesday and an endangered pangolin worth around Rs 40 lakh in the illegal wildlife market was recovered from them in Maharashtra's Thane district.

Senior police officer Deepak Deoraj said the two men - Virar-resident Sagar Pawar (33) and Abdul Jalil Yunus Mahamrut (54) of Raigad - were picked up on a tip off from Mumbra-Panvel Highway.

A case under the Wildlife Protection Act has been registered, he added.

Pangolin scales are used in traditional Asian medicine, particularly in China and Vietnam.

The animal's scales are made of keratin, the same material that makes human fingernails and hair, and they have no proven medicinal value, and are also used as jewellery and decorations for rituals.

Pangolin meat is also considered a delicacy in some countries.

Two species of pangolins, ''Manis crassicaudata'' and ''Manis pentadacytla'', found in India have been accorded highest protection with both being listed on Schedule I of the Wildlife (Protection) Act, 1972.