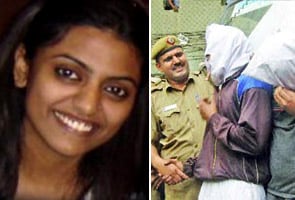 Ravi Kapoor has been a rather controversial guest at the Tihar Jail in Delhi. He now claims that he was stripped in front of other inmates by jail authorities. Ravi has also threatened that he would commit suicide unless action is initiated against the Tamil Nadu cops who undressed him twice on the pretext of searching him.

According to the complaint, on August 30 he was taken to court by security personnel who also escorted him back to the jail. But on reaching his ward, the Tamil Nadu police personnel started checking his clothes and undressed him.

He also alleged that when he complained to Tamil Nadu Police Nayak, T Ramesh against the accused police officer, he was stripped once again. Kapoor then complained to the duty officer but all in vain.

"I am undergoing treatment in IHBAS Hospital of Shahdara. The doctor has declared me a patient of depression. I can commit suicide in such circumstances when being humiliated," read the complaint copy of Ravi Kapoor.

Ravi said the footage of CCTV cameras installed at high-risk wards should be examined by senior police officers and whosoever is found guilty should be punished.

Speaking to MiD DAY, the spokesperson of Tihar Jail, Sunil Gupta said he wasn't aware of the incident. Gupta advised the reporter to speak to the DG of the jail instead.

On May 20, Kapoor took out a knife from his pocket in front of a city magistrate and alleged that police provided him the weapon to attack other prisoners at the jail. A trial court on Saturday asked Tihar Jail authorities to reply to the charges levelled by the undertrial that they were pressurising him to withdraw a criminal case lodged against the authorities.

Twenty-eight-year -old Jigisha Ghosh, an operations manager with Hewitt Associates in Noida, was smothered to death in the early hours of March 18 after she was dropped off by the office car at her CPWD housing colony near the PVR Priya complex.

Promoted
Listen to the latest songs, only on JioSaavn.com
Also in her twenties, Soumya Vishwanathan, was shot dead in the same area on the morning of September 30, 2008.

Both women were returning home after the night shift.

Delhi Man Gets Friends To Attack Him For Gaining Sympathy, 2 Arrested: Police