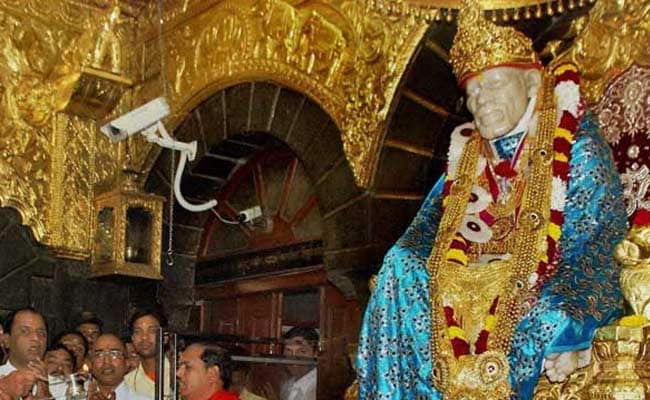 Shirdi: The Shri Saibaba Sansthan Trust in Shirdi has received donations of Rs 31.73 crore during the past 50 days post the government's decision to scrap 500 and 1,000 rupee notes, an official said today.

Apart from cash donations, the trust also received gold ornaments weighing nearly 2.90 kg worth around Rs 73 lakh and silver ornaments of 56 kg worth about Rs 18 lakh, he said.

The trust also earned Rs 3.18 crore from VIP devotees through 'darshan' and 'aarti' paid passes issued to them after November 8, Mr Tambe said.

Promoted
Listen to the latest songs, only on JioSaavn.com
In the last financial year, the famous Saibaba temple had received Rs 162 crore through donation boxes, which comes out to an average of Rs 44.38 lakh in a day.

However, after demonetisation, the Sansthan received an average Rs 37.92 lakh donation in a day, Mr Tambe added.

14 Km In 14 Minutes: Harvested Organ Transported To Save Human Life In Noida