The families of the dead will also get a statutory compensation between Rs. 33 lakh and Rs. 90 lakh, the minister said. 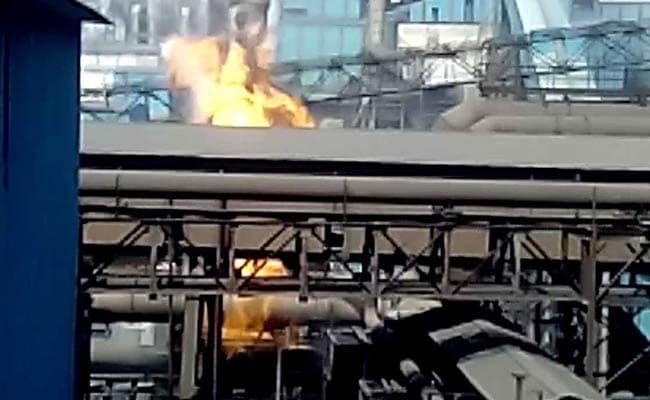 The families of the dead will also get a statutory compensation between Rs. 33-90 lakh.

Steel Minister Chaudhary Birender Singh on Wednesday announced a compensation of Rs. 30 lakh each to the families of workers who lost their lives in a blast at SAIL's Bhilai Plant in Chhattisgarh, the steel ministry said.

The families of the dead will also get a statutory compensation between Rs. 33 lakh and Rs. 90 lakh, the minister said.

The families of those who died, will receive statutory compensation ranging from Rs. 33 lakh to Rs. 90 lakh in addition to the compensation announced by the minister, the statement said.

The steel minister also directed SAIL to provide employment to the next of family who died in the accident and free education to children up to graduation level.

Two more employees succumbed to their injuries, taking the total death toll in the explosion to 11.

Ten persons continue to receive treatment in the burns ward of Bhilai Steel Plant Hospital and two persons are admitted in the ICU in critical condition.

The minister reached Bhilai on Wednesday morning and visited the hospital to enquire about the treatment being given and condition of those injured in the blast incident.

He also held an internal meeting with the officials of SAIL after his visit to the hospital and directed that one senior official of Bhilai Steel Plant be made responsible for all rehabilitation measures to the families of those who have lost their lives and are injured besides ensuring that all payments be made promptly.