Abhinandan Pathak made it clear that he has a problem with the BJP, not PM Modi. 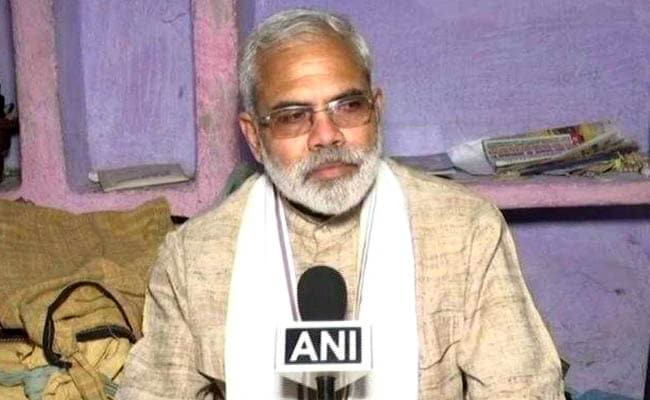 Abhinandan Pathak, Prime Minister Narendra Modi's lookalike, has been a passionate campaigner for the BJP in several elections. Which is why, his announcement on Thursday was surprising.

Mr Pathak, who is from Saharanpur in Uttar Pradesh, says he will not campaign for the BJP anymore; he claims it is because he is fed up of facing public anger against the government. He accuses the party of letting down the Prime Minister.

"I am taken aback by seeing how the BJP is working in contrast to what PM Modi actually thinks and says. People have been asking me 'acche din kab ayenge' (when will good days come)?" he said.

Earlier this year, Mr Pathak had participated in door-to-door canvassing for the BJP during the by-poll in Gorakhpur, which the party eventually lost.

"I am being cursed and beaten. It's because of all these reasons that I have decided to campaign against the BJP and for the Congress in the upcoming 2019 elections," Mr Pathak said.

He says he has already met Uttar Pradesh Congress President Raj Babbar. Mr Babbar has assured him that he will arrange a meeting with United Progressive Alliance (UPA) chairperson Sonia Gandhi for further discussions, he claims.

Though he says he wants to work with the Congress, he made it clear that he has a problem with the BJP, not PM Modi. "Prime Minister Modi has given India a better image across the globe. My grievance is with the party and not with the Prime Minister," he explained.

"The party is just focused on putting across their 'Mann Ki Baat', but is not ready to listen to what the heart of the common man says," he said.

Delhi To Have 44 Oxygen Plants By Next Month, France To Give 21: Arvind Kejriwal