"Initial investigation suggests that the boy had been playing the Blue Whale game on his father's cellphone for the last couple of days," police said. 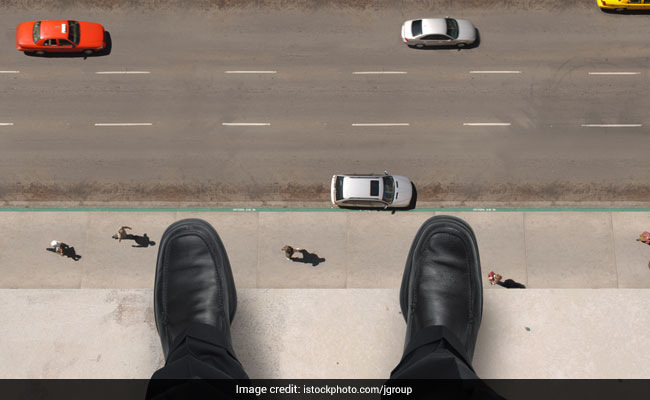 The 13-year-old boy attempted to jump off a balcony and was saved. (Representational)

Indore: Apparently playing the infamous online game 'Blue Whale challenge', a 13-year-old boy on Thursday tried to jump off the third floor of his school in Indore, but fellow students thwarted his attempt, police said.

The boy, student of class VII, climbed the railing of a balcony on the third floor of Chamali Devi Public School at Rajendra Nagar, and tried to jump off, but other students pulled him back, Additional Superintendent of Police Rupesh Kumar Dwivedi said.

The students informed their teachers, who approached the police.

"Initial investigation suggests that the boy had been playing the Blue Whale game on his father's cellphone for the last couple of days," Mr Dwivedi said.

"We think he was tense in the last couple of days, thinking about committing suicide to accomplish the final 50th task of the game," said the police officer.

Police were thinking of taking the boy to a psychiatrist for counselling, the ASP said.

School principal Sangeeta Poddar said the boy was too frightened after his thwarted suicide attempt. He told the teachers that he had been playing Blue Whale game for the last couple of days.

The macabre game, which is said to have originated in Russia, is suspected to have claimed a teenager's life in Mumbai recently.

The class IX student, apparently a participant in Blue Whale 'challenge', jumped to his death from the fifth floor of a building in suburban Andheri in Mumbai on July 29.

Promoted
Listen to the latest songs, only on JioSaavn.com
The game starts by asking participants via social media to draw a whale on a piece of paper, then carve a whale figure on their body, and then gives other tasks such as watching horror movies alone or waking up at unearthly hours. The tasks also involve self-harm, while the final challenge is to commit suicide.