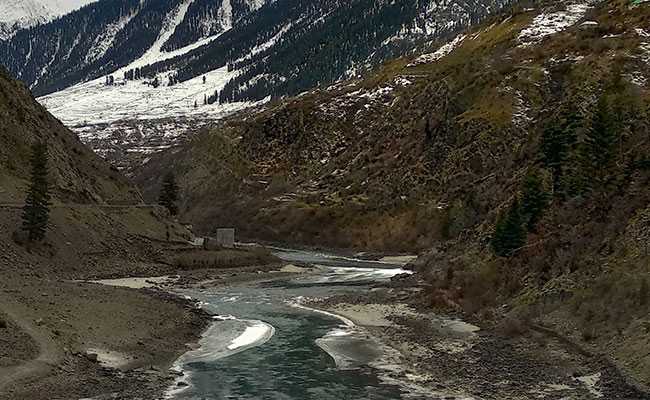 "Adequate arrangements may be made to tackle drones from China as and when required," Mr Dattatreya said in the letter, which suggests adoption of precautionary security measures in the strategically important border districts of Lahaul-Spiti and Kinnaur.

The two districts share a 260-km border with China and Tibet.

The request assumes significance amid China's heightened air activity along the Line of Actual Control in Ladakh. Neighbouring Jammu and Kashmir and Punjab have also reported use of drones by Pakistan to send drugs, fake cash and arms to create trouble in the region.

"We need to be suitably prepared for any eventuality," Mr Dattatreya wrote in his letter to the central government suggesting that the deployment of the Indian Army may be increased to an Independent Mountain Division.

Presently, only one Independent Brigade of the Indian Army was deployed at Pooh in Kinnaur.

In his letter to the Defence Minister, Mr Dattatreya said modes of communication and road transport should also be strengthened.

"There is urgent need of an airstrip in the Spiti area...for prompt deployment of forces...in case of need and this airstrip would act as advanced landing ground," he said.

The letter was sent even as India and China conduct a third round of military talks in Chushul in Ladakh today at the level of Lieutenant Generals to discuss mutual disengagement.

In its most recent attempt to claim disputed territory, the Chinese forces in the contested Fingers region of Ladakh's Pangong Lake inscribed a massive Mandarin symbol and map of China onto the ground they occupy.

Governor Dattatreya told the Defence Minister that senior officers of the state police were regularly visiting villages along the border, but sought "similar continuous efforts...by the Central Intelligence Agencies, Indian Army and ITBP".

He said the strategic Atal Tunnel under Rohtang Pass - connecting Manali in Kullu district with Keylong in Lahaul-Spiti district - was likely to be completed in the near future.

"On account of its strategic importance, adequate arrangements for intelligence, security and maintenance of this axis round the year need to be made in advance," Mr Dattatreya said.

On Camera, Car Hits Man After Argument Over Road Rage In Noida