The inscriptions, located between 'Finger 4' and 'Finger 5' measure approximately 81 metres in length and 25 metres in breadth and are large enough to be clearly spotted by passing imagery satellites. 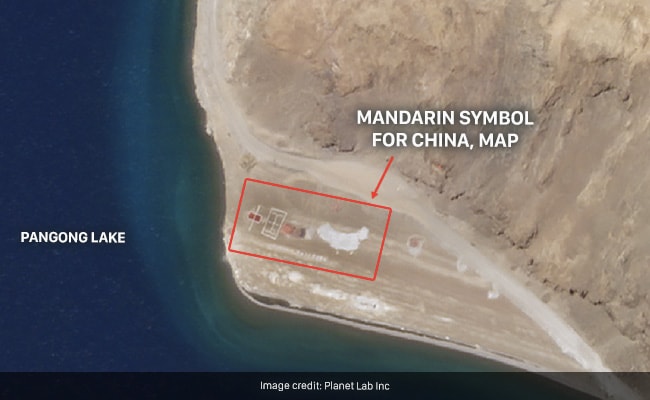 Inscription of 'China' and map between 'Finger 4' and 'Finger 5'. Click here for a high resolution image

In a claim to disputed territory, Chinese forces in the contested Fingers region of Ladakh's Pangong Lake have inscribed a massive Mandarin symbol and map of China onto the ground they occupy.

The inscriptions, located between 'Finger 4' and 'Finger 5' measure approximately 81 metres in length and 25 metres in breadth and are large enough to be clearly spotted by passing imagery satellites. Earlier this week, Wang Hajiang, the overall commander of Chinese forces in Tibet was photographed repainting the character of 'China' in a frontier position along the India-China boundary.

'Fingers' in the region refers to the spurs which extend to the banks of the high-altitude Pangong Lake. India believes it has the right to patrol from 'Finger 1' to 'Finger 8' while China believes it has rights to patrol from 'Finger 8' to 'Finger 4'. At the moment, 'Finger 4' is the boundary between the two sides after violent skirmishes between soldiers of both sides in May in which dozens of Indian soldiers were attacked with weapons such as batons wrapped with barbed wire. Chinese forces, deployed in significant numbers at 'Finger 4' no longer permit Indian soldiers from patrolling in the direction of 'Finger 8'. 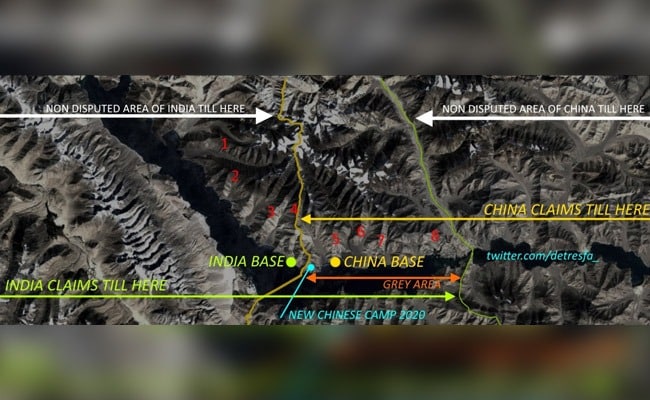 At least 186 pre-fabricated huts, shelters and tents of varying sizes are visible in the new images with the Chinese occupying areas not just along the bank of the lake but 8 kilometres along a ridge-line which extends to Chinese territory. A pier with two Chinese fast interceptor craft is visible near 'Finger 5'. There is significant Chinese construction activity visible along 'Finger 4', though no clear evidence of the Chinese moving towards Indian positions between 'Finger 1' and 'Finger 3'. 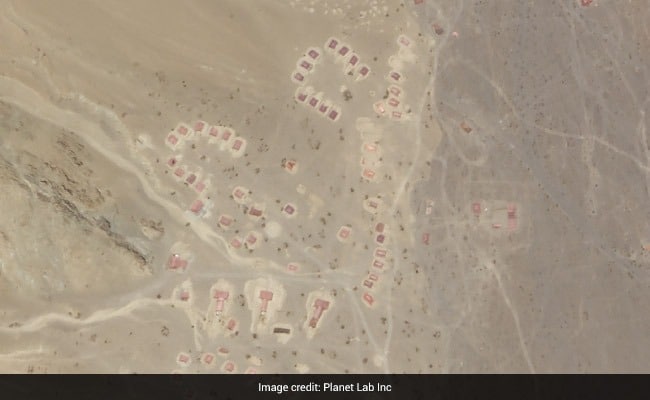 At least 186 Chinese pre-fabricated huts, shelters and tents visible between 'Finger 4' and 'Finger 6'. Click here for a high resolution image

On Sunday, Prime Minister Narendra Modi indirectly referred to Chinese aggression in the region without directly naming Beijing. "Those who cast an evil eye on Indian soil in Ladakh have got a befitting response. India honours the spirit of friendship. She is also capable of giving an appropriate response to any adversary, without shying away.'' On June 27, Vikram Mistry, India's Ambassador to Beijing said, "The resolution of this issue is quite straight forward from our perspective. The Chinese side needs to stop creating obstruction and hindrances in the normal patrolling patterns of the Indian troops.''

Clashes between Indian and Chinese soldiers in the region have not been uncommon but never with the brutality witnessed this year. In the past, Chinese and Indian soldiers would conduct a banner drill if they came across each other. This would involve raising banners staking their claim to the area before both sides would mutually disengage and move away. The Wuhan summit between India and China in April, 2018 was meant to reinforce a peaceful resolution to confrontations between the soldiers of both sides. This was meant to be based on ''the principle of mutual and equal security, and strengthen existing institutional arrangements and information sharing mechanisms to prevent incidents in border regions.'' 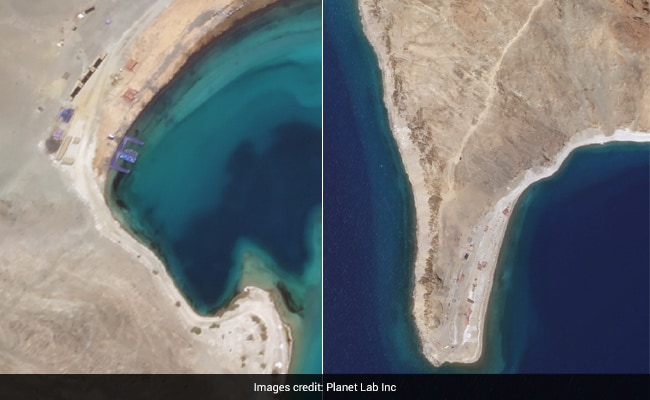 Two fast interceptor craft visible at a pier near 'Finger 5' and extensive construction activity at 'Finger 4'. Click here for a high resolution image

As India and China conduct a third round of military talks in Chushul in Ladakh today at the level of Lieutenant Generals, it appears clear that the spirit of Wuhan has been replaced with an altogether different reality in Ladakh where India has had to deal with multiple Chinese intrusions across the disputed Line of Actual Control in the region. The Generals will seek to work out the modalities of a mutual disengagement on the ground but progress will be contingent on China agreeing to move back to its positions before the tension in the area started building-up in April. Given the extent of the massive Chinese build-up in the region, the deployment of heavy weaponry and Chinese construction activity in disputed areas, New Delhi hasn't ruled out the possibility of a long summer ahead.

India's armed forces have actively countered the Chinese intrusions in Ladakh with a massive force deployment. NDTV is not reporting any details on the nature of the Indian build-up in the region.