According to reports, 14 patients underwent cataract surgeries at Indore Eye Hospital at a camp under the National Program for Control of Blindness (NPCB) on August 8.

Eleven of the patients who underwent cataract surgery complained loss of eyesight.

Eleven people, who had cataract surgeries at a private hospital in Indore last week, have complained about losing their eyesight following the procedure. The Madhya Pradesh government has cancelled the licence of the hospital where about 15 patients who had a similar surgery in 2010 had complained about loss of eyesight.

According to reports, 14 patients, mostly from the Dhar and Indore districts of Madhya Pradesh underwent cataract surgeries at Indore Eye Hospital at a camp under the National Program for Control of Blindness (NPCB) on August 8. Eleven of them, aged between 50 and 85 years, started complaining of swelling, irritation and loss of eyesight since August 9.

The 11 patients who mostly come from financially weak families, include an elderly couple Kala Bai, 60, and husband Kailash Das, 65, both from the Dhar district, who have complained of vision loss in their left eye.

"Both of us made our living by stitching clothes and had come here with the hope of improving the blurred vision in our left eye through the cataract surgery. But instead of getting improved vision, we've lost the vision and can't see anything from our left eyes anymore. If the vision isn't restored, what will we do? Beg alms and sleep on the roadside," Kala Bai said. 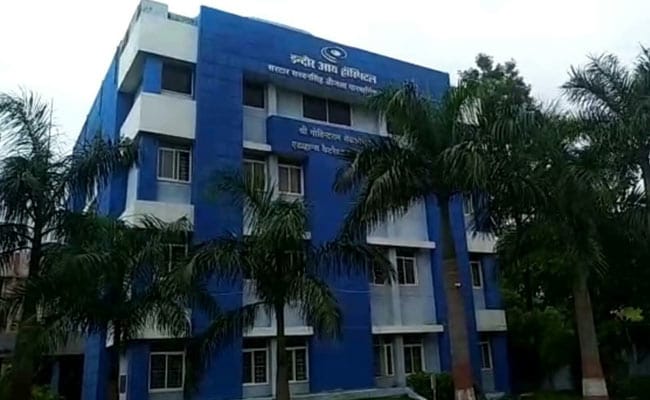 The state government has announced a compensation of Rs 50,000 for the affected patients.

The son of another elderly patient Harpaldas said, "The state government is talking about compensating us with Rs 20,000 and Rs 50,000. Will money bring back my vision in my father's left eye?"

As news of the incident spread, Madhya Pradesh Chief Minister Kamal Nath tweeted on Saturday, "It's shocking how a hospital where similar episode had happened nine years back was allowed to continue conducting similar surgeries. Probe has been ordered by the Indore collector and strict action will be initiated against those responsible."

The state government has announced a compensation of Rs 50,000 for the affected patients. All of them have been shifted to premier Choithram Hospital in Indore for restoring lost vision.

"Entire cost of treatment at Choithram Hospital will be borne by the state government and efforts are being made to get the services of famous vitro retinal surgeon Dr Rajiv Raman from Shankar Netralaya, Chennai. An immediate assistance of Rs 20,000 each is being released by the Red Cross. The license of the concerned eye hospital in Indore has been suspended and based on the findings of the high level committee further action will be taken," said Madhya Pradesh's health minister Tulsi Silawat.

Indore Eye Hospital's senior surgeon Dr Sudhir Mahashabde said, "It's not the cataract surgery, but instead infection caused by some virulent organism which could have led to the post-surgical complications. The concerned patients were being administered best antibiotics for possible infection and in 70% to 80% cases, the alleged eye sight loss can be restored."