2 Dead As 4-Storey Building Collapses In Maharashtra, Many Feared Trapped

After cracks were seen in the "illegal" building in Maharashtra's Bhiwandi, the municipal agency had evacuated 22 families on Friday night

Bhiwandi building collapse: Four people were rescued from the debris

Two people were killed and two-three are feared trapped after a four-storey building collapsed in Maharashtra's Bhiwandi on Friday night, the police said.

After cracks were seen in the "illegal" building, the municipal agency had evacuated 22 families on Friday night. However, some people went back inside the building to collect their belongings. That was when it collapsed, trapping them, officials said.

Four injured people have been admitted to a hospital.

Rescuers of the National Disaster Response Force (NDRF) are at the site and looking for survivors amid the concrete debris of the building that was built eight years ago. 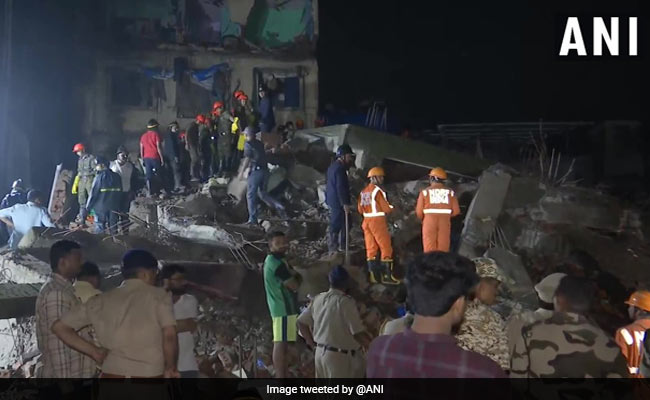 "We had vacated the entire building, but some people entered the building without permission before it collapsed," said Ashok Rankhamb, commissioner of Bhiwandi-Nizampur Municipal Corporation, news agency ANI reported.

"It was an eight-year-old building and was built illegally. Investigation will be done," he added.