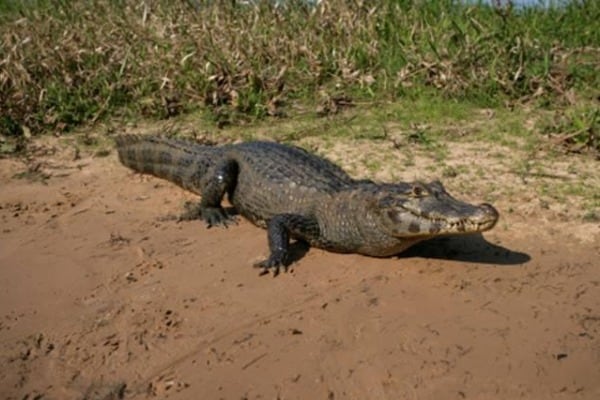 Bahraich, Uttar Pradesh: A 12-year-old girl was injured after being attacked by a crocodile near Gerua River in Katarniaghat Wildlife sanctuary in Bahraich, police said today.

The incident occurred yesterday when the victim identified as Puja was playing near the river and a crocodile caught her hand and tried to drag her into the river, they said.

However, the locals saved the girl, they said.

She was rushed to a hospital, where her condition was stated to be stable.

In UP, 20 Years In Prison For Two Men Convicted In Rape Case