Thousands Stranded in Srinagar, 150 Dead in Worst Floods in 60 Years 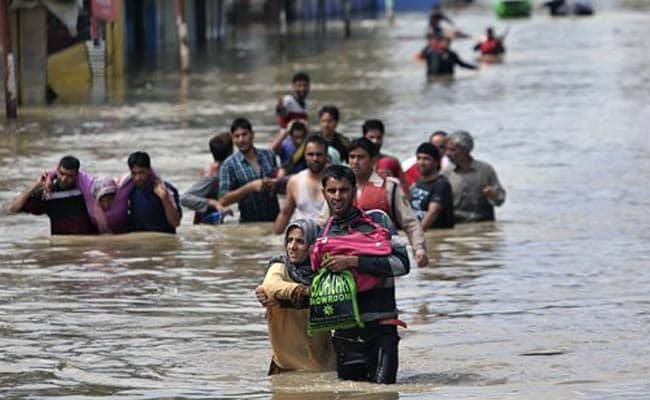 Women and the elderly being evacuated from a flooded neighbourhood in Srinagar on Sept. 7, 2014 (Associated Press photo)

Srinagar/Jammu: Nearly 150 people have died and thousands are marooned in Jammu and Kashmir, devastated by its worst floods in 60 years. Much of capital city Srinagar is submerged with people waiting for rescue on terraces and rooftops. Many people have lost contact with their families with phone lines down.