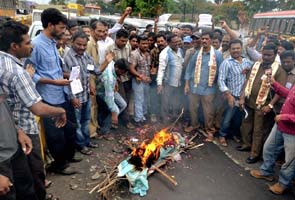 Hyderabad/New Delhi: The Congress president Sonia Gandhi asked for "restraint, brotherhood and cordial relations" with people of Coastal Andhra and Rayalaseema regions, a day after the Centre agreed to form a separate Telangana state. At least six state ministers and as many Congress MLAs resigned in protest against the decision. The announcement to create India's 29th state also triggered a range of political responses, including demands to consider other statehood movements across the country.