Narendra Modi shares his vision of 'brand India' in 5 Ts 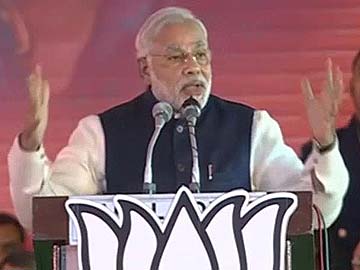 New Delhi: Narendra Modi used a BJP strategy meet on Sunday to unveil his vision for the country ahead of the Lok Sabha elections, promising to develop 100 smart cities and set up IITs, IIMs and an AIIMS in every state. His key agenda - to project India as a brand worldwide.

Among Mr Modi's slew of promises are:

One Year Of India's Fight Against Coronavirus: 1.7 Crore Cases So Far