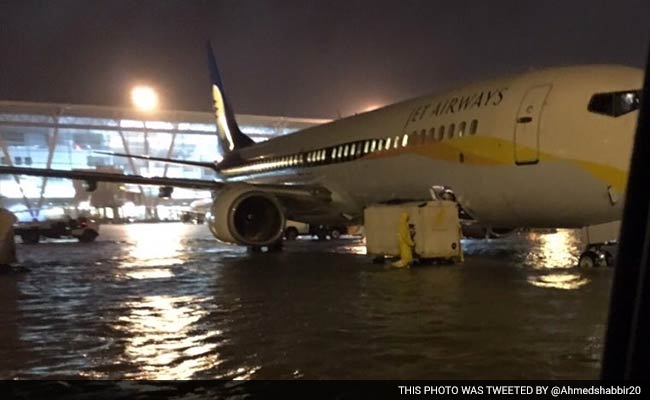 At Chennai airport, the runway, taxiway and the adjoining areas have been flooded.

Chennai: Many parts of Chennai and its suburbs are flooded after two days of heavy and continuous rain. Flight operations have been indefinitely suspended at the airport, trains have been cancelled and the army is helping rescue stranded people.