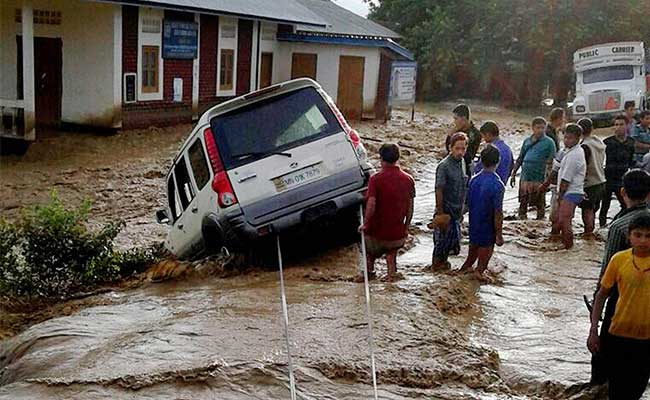 New Delhi: At least 70 people have been killed in floods in three states, Bengal, Odisha and Manipur, because of rain in the aftermath of cyclone Komen. There are reports that a flash flood has destroyed a village in Leh in Jammu and Kashmir.