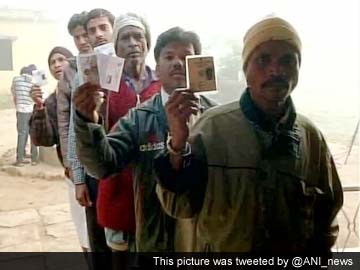 Bastar, Chhattisgarh: Thousands of people defied threats and came out to vote as the Maoist affected constituencies of Chhattisgarh went to polls today under extraordinary security. Today's voting kicked off state polls seen as a semi-final before next year's national election and the first major test for BJP's Narendra Modi, who is running for Prime Minister. The rest of the state will vote on November 19.

85 People, Including 72 Afghans, 13 US Troops, Dead In Kabul Attack