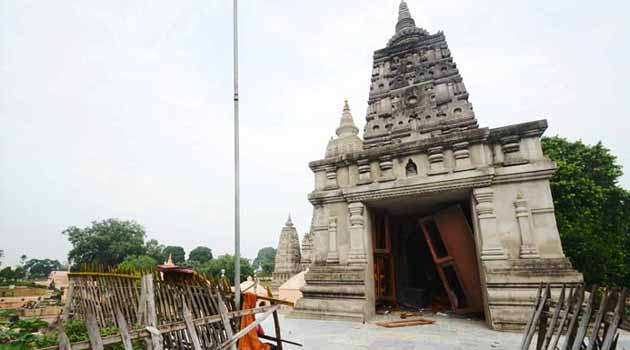 Bodhgaya: Two people were injured in a series of blasts on Sunday inside the Mahabodhi temple in Bihar's Bodhgaya, a town 130 kilometre south of Patna. The first blast took place inside the temple at 5:30 am, followed by seven successive explosions in the next half hour. While four of the blasts, which were reportedly set off by timers, took place inside the temple, the others exploded at a monastery nearby. Another two live bombs were reportedly found near the temple, and defused.

Here are the 10 latest developments in the case: