37 Arrested In Chandigarh During Diwali For Violating Top Court Order

Pollution-regulating authorities in Chandigarh said the air quality after this Diwali remained better than what it was last year. 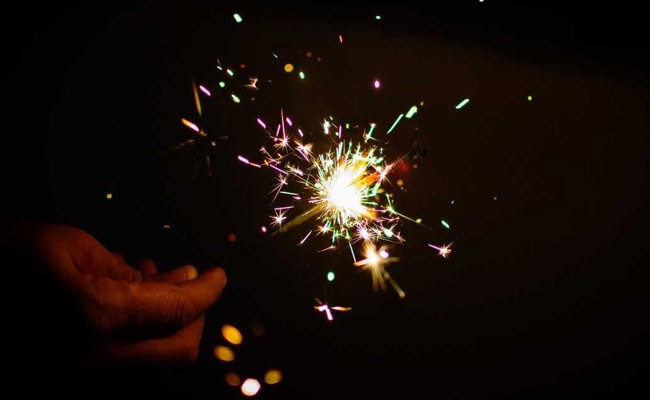 In Chandigarh, 38 cases were registered for violation of Supreme Court order (Representational)

Thirty-seven people were arrested in Chandigarh as revellers in cities across Punjab and Haryana violated the Supreme Court order which had limited the bursting of crackers to between 8 pm and 10 pm on Diwali, police said Thursday.

In Ludhiana, one of the most polluted cities in the country, 14 cases were registered for violating the top court's time frame on bursting crackers.

In Chandigarh, altogether 38 cases were registered for violation of the top court order.

The cases were registered under relevant sections of the Indian Penal Code for disobedience of an order promulgated by public authorities.

The Air Quality Index (AQI) at several places in the two states was recorded as 'poor' and 'very poor' on Thursday morning after Diwali night.

The pollution-regulating authorities, however, said the air quality after this Diwali remained better than what it was last year.

"We have registered 14 cases so far against unknown persons in connection with the violation (of the Supreme Court order)," Ludhiana Deputy Commissioner of Police Ashwani Kapoor said Thursday.

He said the police had appealed to the people before Diwali to adhere to the top court's 8-to-10 pm time frame for bursting crackers, adding as soon as the violators are verified, their names will be added in the complaint.

The order was violated at many places in the two states as people started bursting crackers well before 8 pm and continued beyond 10 pm.

The pollution level rose at several places in two states on Thursday morning.

Before Diwali, the AQI in Punjab hovered around "moderate to poor" category.

In Haryana, the AQI after Diwali reached 300 in Rohtak and 353 in Gurugram which is in 'poor to very poor' category.

In Faridabad, the AQI was 401, just touching the 'severe' category.

In Chandigarh, the AQI was 155, which is in the 'moderate' category, the officials said.

"The pollution level was about 25 to 30 per cent less this year if you compare it with the air quality level during the last year's Diwali. This year, the air quality was much better," Punjab Pollution Control Board's Chief Environmental Engineer Karunesh Garg said.

The AQI in many parts of Punjab after Diwali normally used to be beyond 300, Mr Garg said, adding that the top court order has helped a lot in creating awareness about disadvantages of bursting firecrackers.

"Earlier, people used to start bursting firecrackers a few days before Diwali. But this time, they burst crackers for a limited period," said Mr Garg.

This year the traders also bought lesser stock of crackers, fearing a loss if they could not sell it.

"This year, the enthusiasm among people about bursting crackers was not that much which used to be there earlier. The traders, therefore, were worried about the sale of crackers," a Ludhiana-based trader said.

For Amritsar, Diwali remained a low-key affair in the wake of the tragic train accident which had left about 60 people dead and scores of others injured after a train mowed down revellers watching Dussehra celebrations, traders said.