Wept Right After Placing 4th At Olympics - By Dipa Karmakar 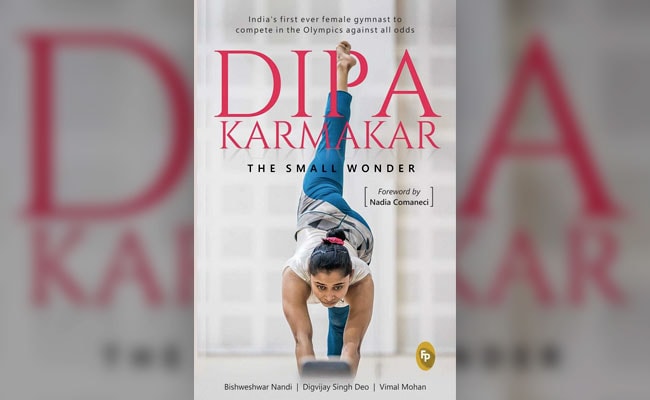 My gut feel proved to be right. Paseka delivered two consistent vaults and moved into the first place with an aggregate of 15.253, just ahead of Steingruber. At that point I knew, even though everyone back home and in the stadium prayed, that I would only finish fourth. In the form that she was in, Biles was never going to make any mistakes. She was supremely confident and was going for her third straight gold medal of the Rio Olympics. Both her vaults were right on the money and she ended up with an aggregate score of 15.966. She became the first American to win the vaulting gold at the Olympics. I finished fourth, just like Abhinav Bindra and the pairing of Sania Mirza and Rohan Bopanna earlier in the day. Paseka took the silver while Steingruber took the bronze, ahead of me by just 0.150 points.

Celebrations broke out in the athletes' area. The American coach celebrated with Biles; Paseka and Steingruber hugged each other. A few coaches came up to Nandi sir and myself, and commiserated with us for having come so close. We picked up our bags and headed towards the Mixed Zone, where the athletes are to face the media, on our way back to the changing rooms. There were a few people from the Indian media there, while the rest were all from international media houses. The questions came thick and fast at Nandi sir. Most of them revolved around the sudden emergence of an Indian gymnast. Many of the journalists had spent years covering our sport and were taken aback at seeing an Indian just narrowly missing the Olympic podium. One question got him very angry. He was asked how he could train me considering we came from the north-east, which was a hilly region. It is a perception that has dogged us all these years. Yes, Tripura is a state in the north-east and there are hilly areas in the state, although Agartala, the capital city, is as flat as the plains in central India! I later saw him smiling. All these previous years, seldom did anyone write about us, and here the world's press was trying to find out how I emerged from a hilly area in India. Not sure whether they were trying to find an analogy of mine with Tarzan as I definitely did not learn gymnastics jumping from tree to tree or one mountain top to another. I learnt it in a gym like every other gymnast in my city of Agartala. I too lost my cool once when an Indian journalist asked me why I did not do two Produnovas as it would have pulled up my score and ensured a podium finish. I glared at him and asked him if he knew anything about gymnastics. Almost everyone seemed to ask me if I was gutted on missing out on a medal but I was seriously not concerned, as by my standards I had overachieved. There were better gymnasts than me in the final but on that day I outperformed most of them. It was a personal triumph but not the one India wanted.

I headed off to change and by the time I emerged, Nandi sir had managed to get hold of the official result sheet. As I came near him, he asked me, "Do you know how close you were to a medal?" I was not aware till he informed me that I had lost out by a mere 0.150 points. At first I was stunned. Till now I was happy with my performance, happy for living up to the expectations of my coach. But when I realised how close I had been, something inside me snapped. The emotions came pouring out and I started sobbing inconsolably. Seeing me, even Nandi sir could not hold back and his eyes welled up. We both sat there sobbing and while everyone headed off to see the medal ceremony, we took advantage of it and quietly headed out of the arena to catch a bus back to the Village.

Luck was however not on my side that day. It took a while for the bus to leave the competition arena, as there were timetables that were being followed. Just before the bus left, in walked the bronze medallist Steingruber. She still had the bouquet of flowers in her hands but mercifully, the medal was tucked away inside her bag. I am sure I would have broken down had I seen it around her neck. My eyes were red but I felt happy for her. I used to follow her competitions through the year and she was one of my favourite gymnasts. She probably knew what I was going through and kept a distance.

We bumped into Sindhu and the national badminton coach Pullela Gopichand the moment we entered the Village. Sindhu had taken a huge step towards winning a medal by beating Canada's Michelle Li in the final Round-robin game of the women's singles and qualified for the knock-out stages. That very morning the 2012 Olympic medallist Saina Nehwal had crashed out of the Games in what was a huge upset. Both Sindhu and Gopichand sir understood the pain I was going through and tried to cheer me up, saying that luck had not favoured me.

At that point a thousand things were going on inside my mind. I kept asking myself if I could have done anything differently. In a situation like this, the mind instantly jumps to conclusions, finding ways to search for excuses and I had fallen prey to it. Even Nandi sir could not escape the post-mortem analysis. All of this plunged us deeper into gloom.

In a bid to cheer me up, he offered to take me to the McDonald's outlet but I wasn't in the mood. I still had to speak to the electronic media outside the Village and tried my best to regain my composure. Finally after a few hours I felt that I could handle the inevitable round of quick-fire questions that were to follow and steeled myself, convincing myself not to cry in front of the cameras.

But you know how these things go, as one can only adjust for a while. Then you hear the same introductions again and again. 'A historic moment for Indian sport.' 'An Indian has finished fourth in the Olympic Games.' 'Dipa Karmakar has just fallen short of a heroic performance.' That did it. When I heard it for the umpteenth time, I just could not control myself. I am not sure if it was on live television, but red spots appeared in my eyes and the tears just didn't stop. I headed back to the room and later my father, Dulal Karmakar, called on WhatsApp. He tried cheering me up and said the same thing: "Do not cry. You have created history." By then I had had enough. "What history, baba? I missed the podium. I would have made history had the tri-colour been unfurled in Rio for the first time."