Early in the great 2002 Brazilian documentary Bus 174, we are introduced to the street people of Rio De Janeiro. How they perform at traffic lights and in city squares to fetch a few coins from their captive audience, stuck in cars, coming out of shops. The rich have their own strategy to deal with this presence, in their face, of society's rejects. They look straight through them. The poor - workers, street-children, prisoners - are simply invisible.

Sounds familiar? Think of any construction site in our cities. Workers set up makeshift hovels, and as men and women break their backs to build our homes, their children crawl and play amidst the broken bricks, cement bags, jagged metal rods and piles of sand. Sometimes, when a builder finishes one project, the workers hang on, hoping to get other work within a few days. They take shelter under flyovers and bridges. That's when the dust-covered kids come knocking on our windows, begging for money. And we look straight ahead as if they simply don't exist. 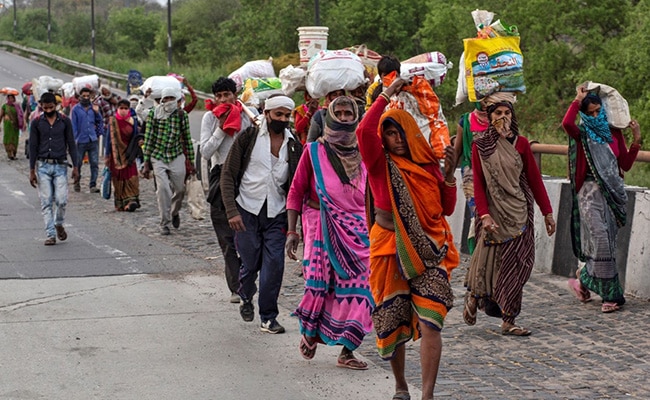 With public transport shut because of the lockdown, migrant workers had no choice but to walk hundreds, often thousands of kilometres home.

So what made them suddenly visible to us? It isn't as if migrant workers had a great life before the lockdown began. Their misery is permanent. Even their exodus is not new. CMIE's data shows that over the past two years, construction jobs - that mainstay of low-skilled employment for migrant workers - continued to drop consistently. About 94 lakh jobs were lost in the construction and real estate sector between May-August 2017 and the same four-month period in 2019.

In 2018, a large number of those who lost urban construction jobs got absorbed into retail trade - as hawkers, street vendors, shop-hands, labourers in wholesale markets and as deliverymen. In 2019, however, such jobs dried up. What happened to all the mazdoors at our construction sites? CMIE's data gives us an idea. In the first four months of 2019, 46 lakh construction workers lost their jobs. In the same period, agriculture added 51 lakh jobs. Similarly, in the next quarter - May to August 2019 - 24 lakh construction jobs were lost, but agriculture added 84 lakh jobs. Throughout 2019, people were leaving cities and towns and going back to farms, even though they were simply not needed there. It was a textbook case of 'disguised unemployment'. 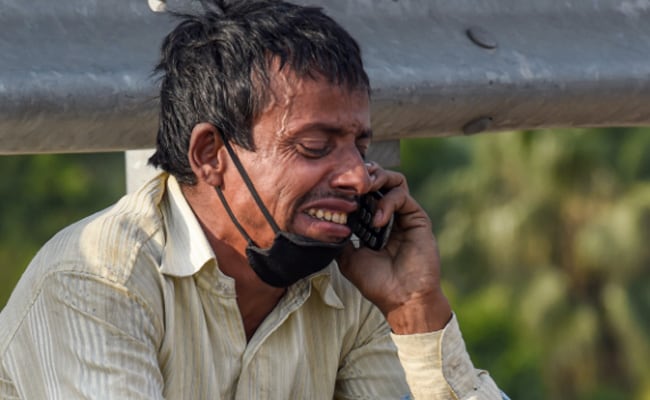 Distressing visuals have emerged in the days and weeks since the lockdown, to break the coronavirus chain of transmission, was enforced in March

So reverse migration from cities to villages has been taking place for at least the past one year. One reason is that workers who make seasonal trips from their homes in villages, looking for construction and other low-skilled jobs, didn't get any work. The second reason is that for many of India's poorest, it no longer makes sense to leave their families behind and work in urban construction sites. Urban wages have not increased significantly, while the rural poor have gained from various central and state government schemes.

The big difference is that the slow and steady reverse migration last year took place in crowded trains and overnight buses. Once they reached the local bus-stand or train station, many walked for hours to reach their villages far away. But we never saw this with our own eyes. Today, when migrant workers walk hundreds of kilometres, with their children and luggage in tow, it shocks us and affects our sense of justice.

Yet, it is not everyone who is shedding tears for the migrant worker. Cynics would say that anti-Modi people are sharing many more photos, videos and memes about the massive exodus of the poor, while pro-Modi voices are either quiet or defensive about it. Anti-government handles are reminding people of how poorly the Modi sarkar has managed this crisis, while pro-government handles are berating the opposition for 'playing politics' over it.

It would be tempting to see this as a left vs right issue. The right is perceived to be conservative and on the side of the propertied classes, while bleeding-heart liberals are seen to be hypocrites who lead comfortable lives but speak eloquently for the poor. India's politics, however, doesn't fall into these neat divides. Rahul Gandhi is no more pro-poor than Narendra Modi just because he visited migrant workers. Modi is no more a man-of-the-people than Rahul because he knows how to speak their language. 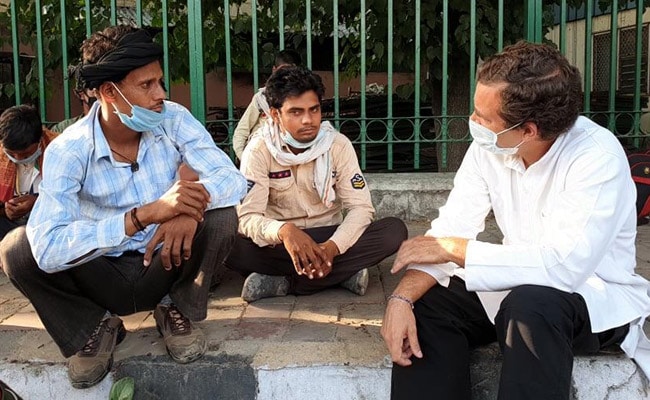 All electoral politics involves alliances between various social groups. In a country like India, where the vast majority of voters are poor, who they vote for decides who forms the government. Yet, it doesn't make an iota of a difference to the actual functioning of the state. The rule of the propertied continues unhindered, while the poor remain disenfranchised. What we see as major electoral upheavals are essentially battles for supremacy within the minority at the top who own most of the wealth and earn the largest chunk of the nation's income.

Neither the BJP nor the Congress, really care about the poor. Otherwise, India's record with fighting poverty would have been much better than it is. After all, the BJP has ruled India now for 12 years, which is more than enough time to start fixing things. In reality, the two parties represent the interests of two opposing strands within India's ruling elite. The first, which ruled for the first four decades, is the English-speaking 'liberal' intelligentsia whose fortunes were closely-tied to that of Nehruvian 'socialism'. On the other side is the 'traditional' mercantile elite who were kept out of a direct share in governance, even though they had money-power. This section of the elite gained power and eminence after economic liberalisation in the 1990s made wealth a virtue. 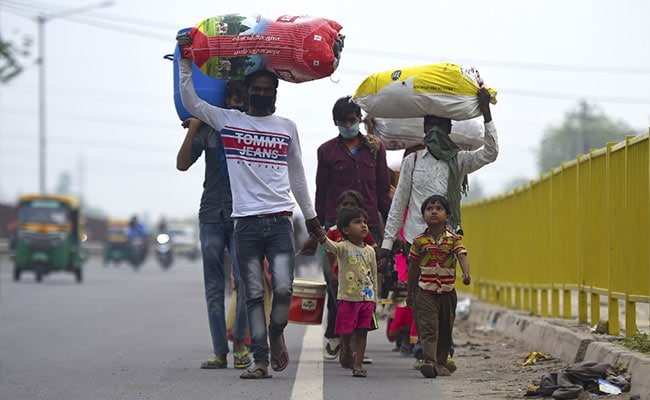 The lockdown, which brought almost the entire economy to a standstill, left lakhs of migrants and daily wagers without jobs, money, food or shelter

There is a symbiotic relationship between the old elite and the Congress, and a similar tie between the new mercantile elite and the BJP. The fight over secularism, reason and liberalism on the one side, and tradition, culture and nationalism on the other, are essentially battles for control of government, and the superior power that can be exercised through it. Migrant workers are a necessary part of this power struggle, since their votes will in part decide who wins.

The Congress, which believes in the liberal-rationalist idea that the main driver of human behaviour is economic interest, is trying to latch on to the spectacular injustice that migrant workers face to renew the alliance between the old 'Nehruvian' elite and the poorest of the poor. PM Modi is keen to retain his hold on this vote bank by ensuring that the only fiscal spending by his government is on food and money to the poor. The intense conversation about migrant workers that is playing out on India's social media, is ultimately not about them at all. It is an unavoidable side-effect of democracies - that the battle between elites takes place in the arena of the people.