Aditya Thackeray's promotion in the Shiv Sena, announced last year, became official during the press conference held jointly by BJP President Amit Shah, Maharashtra Chief Minister Devendra Fadnavis and Shiv Sena Chief Uddhav Thackeray on Monday. While he is not gunning for the Chief Minister's post yet, he is now officially the second-in-command in the party. Thackeray junior is involved in all major decisions of the party, which his father leads.

In 2014, the BJP had carped at the Shiv Sena for sending a 24-year-old to negotiate with the party during the pre-election tussle over seat-sharing. Eknath Khadse, then a senior BJP leader with clout, had famously said, "I found it inappropriate that while our senior leader Om Mathur was holding consultations, the Shiv Sena sent their youth leader Aditya Thackeray to hold talks. Mathur has the same stature as Amit Shah in the BJP. In such circumstances, sending a junior leader to hold alliance talks is saddening." Eknath Khadse's 'junior leader' comment, though perhaps not completely unwarranted, has not been forgotten by the Shiv Sena.

Cut to 2019 where Eknath Khadse, many believe, is on his way out of the BJP is no longer around to hold talks, and the Sena has tasked Aditya Thackeray, Subhash Desai and Eknath Shinde with negotiating with the BJP. The results haven't been too disappointing so far. 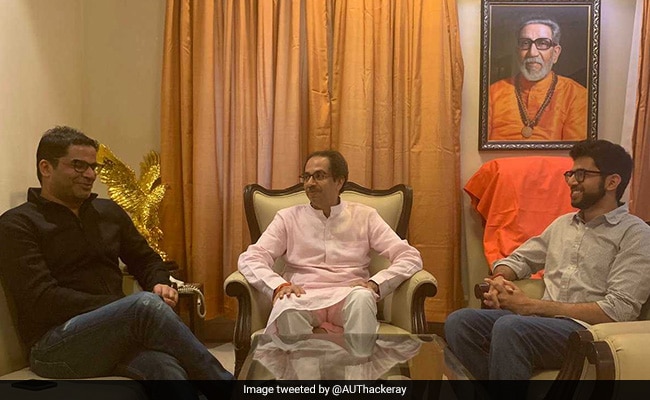 At the press conference in Mumbai on Friday, Aditya Thackeray was invited to the stage by the Chief Minister and the familiarity was hard to miss. It was clear that the duo were in touch. In fact, before the press conference took place, Aditya Thackeray ensured that everything was in place at the press conference venue before returning home to take part in the meeting with Amit Shah, Devendra Fadnavis, Subhash Desai and his father. During the press conference, his father Uddhav, consulted him multiple times and Aditya Thackeray was seen passing notes to his father. Also what caught attention was while BJP ministers in the state were not on stage, the 28-year-old was seated right next to former Chief Minister Manohar Joshi, who was next to Uddhav Thackeray. Top Sena leaders acknowledge that the 'young tiger' plays a very active role in formulating strategy and his father consults him on all issues, especially on important matters such as the induction of leaders into the party. Several leaders approach him with requests but Aditya Thackeray ensures that the party's top leaders are consulted while the Yuva Sena (Shiv Sena's youth wing) has an equal role in taking the message to the party cadres.

While Uddhav Thackeray mentioned several secret meetings ahead of the alliance announcement, what he left out was how Aditya Thackeray was a part of those meetings and conversations and provided inputs as a gen-next leader of the party. When the Chief Minister arrived at Matoshree last week to meet Uddhav Thackeray, Aditya received him and also sat in the meeting. Aditya Thackeray was also present in the meeting with Amit Shah on Monday at his father's home. Sources say while he mostly listens at these meetings, he does offer his views, which complement and support Uddhav Thackeray's points. And while he is far more media savvy, the younger Thackeray is reticent and rarely gives interviews unless he is cornered by journalists. However, he is active on Twitter, Instagram and Facebook, which keeps the lines of communication open. 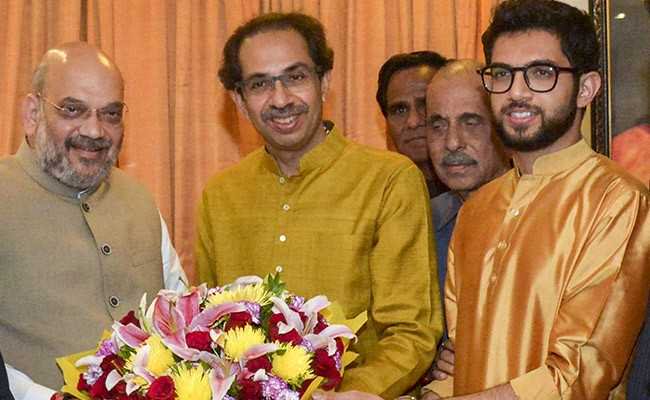 Prashant Kishor met Uddhav Thackeray earlier this month and apparently convinced the Sena leadership the BJP was serious about an alliance.

One of the reasons why the alliance talks went off smoothly is the choice of negotiators on both sides. New teams were selected to hold the talks and leaders considered aggressive or had old baggage were kept out. The new teams had a clear brief. Initially, the Sena was apprehensive but strategist-turned-Janata Dal United leader Prashant Kishor, who visited Uddhav Thackeray earlier this month, apparently convinced the Sena leadership that the BJP was serious about an alliance this time and would be willing to accommodate a few demands of the Shiv Sena. Prashant Kishor also had a chat with Aditya before he left and sources say he communicated to him that this time, the BJP wasn't averse to talking to him if required. The meeting was attended by party MPs, senior Sena leaders and a few Yuva Sainiks. While the meeting was called to discuss election preparedness, the real backchannel talks started progressing seriously only after this. Uddhav Thackeray had several phone conversations with Amit Shah and Devendra Fadnavis, but not one of these took place without Aditya Thackeray's presence, signalling how he is positioning his son as the future of the party, something that Balasaheb Thackeray, the party patriarch, did when he was alive.

In forming the backroom teams, both parties chose leaders who are dependable and know how to keep the media at bay. Prakash Javadekar, a leader from Maharashtra, was a key negotiator for the BJP while Subhash Desai, adept at outreach and connect, was a key negotiator for the Shiv Sena. Eknath Shinde, who is the Sena's man in the Thane region, was given the responsibility of convincing other senior leaders of the need for an alliance while Chief Minister Devendra Fadnavis took major calls for the BJP.

For the Sena, the challenge now is convincing its cadre that the party will have to join hands with the BJP for political compulsions and electoral arithmetic. In the case of BJP leaders like Kirit Somaiya, convincing the Sena to back his candidature is going to be difficult. However, both parties stand a better chance of winning by combining forces. If they manage to retain power, the Sena will have a much stronger bargaining position than it has now.

The Sena and the BJP are contesting on a 50:50 agreement. This means the contentious issue of Chief Ministership is pushed back and the number of seats won by each will decide the issue. But while in 2014 it was Aditya Thackeray who pushed the Sena's demand for 150 seats, which many say was the reason for the alliance not taking place, this time too it was Thackeray junior who stuck to his guns on the 50:50 demand. That settled, now the focus is on what sort of campaign the Sena leads, which again will have the Aditya Thackeray stamp.

(Saurabh Gupta is Bureau Chief in Mumbai with NDTV 24x7)