Why India Should Care About Elections In Bangladesh

What is India's interest in the Bangladesh elections? Given India was an active player in the birth of this 47-year-old nation, Delhi has always looked out for Dhaka. But there is more.

For India, Bangladesh is important for numerous reasons.

Perhaps on top of the list is connectivity between India's mainland and the crucial northeast, which is part of India's "Look East" Policy.

The only connection between India's mainland and the northeast was the Chicken's Neck - a narrow strip of land that has always been a huge security concern. Snap the chicken's neck and a huge part of the country is cut off.

India and Bangladesh have signed several pacts, so India can actually send goods and passengers over land across Bangladesh, connecting Bengal to Tripura.

Chittagong port, too, is now open to Indian vessels and will ease supply of goods, meaning India is much more connected to the northeast than before. 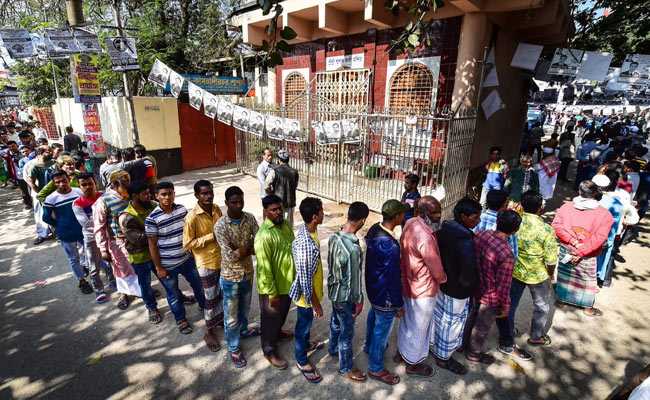 Voting, which ended at 4pm, was held under tight security. (AFP)

The other part of ensuring the security of the northeast is by ensuring that Bangladesh does not become a shelter for its insurgents.

Sheikh Hasina has played a sterling role, flushing out northeastern terrorists from Bangladesh and even handing over the once-dreaded ULFA terrorist Anup Chetia to India.

The other big security concern for India is that Bangladesh should not turn into the frontline of Islamic terror in the southeast -- something that looked possible in the early 2000s when the Jamaat-ul Mujahideen Bangladesh, or the JMB, ruled the roost and its leaders like Bangla Bhai terrorised not just Bangladesh but India too. Bangladesh turned into a launchpad for Islamic terror activities in India.

It was Sheikh Hasina who proactively cracked down on groups like the JMB that had a free-run in the previous regime of Begum Khaleda Zia of the Bangladesh Nationalist Party. 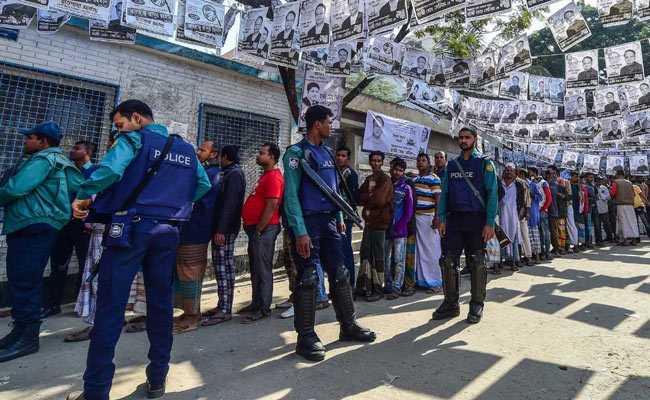 Some 600,000 security personnel were deployed across Bangladesh.

That has been the trend with Sri Lanka, Nepal, Maldives, Myanmar and even Seychelles.

The western media has been critical of Sheikh Hasina this election and in the past, on grounds of human rights violations despite her accommodating the Rohingya refugees. Indian analysts suspect this is a ploy orchestrated by the West to pressure Hasina.

Geography is not everything, however. There is also industry.

Aided by a fast-growing manufacturing sector - its garment industry is second only to China's - Bangladesh's economy has averaged above 6 per cent annual growth for nearly a decade, reaching 7.86 per cent in the year through June, Nekkei Asian Review reported.

Hasina told the publication earlier this month that Bangladesh's strong economic growth will not just continue, but accelerate. "In the next five years, we expect annual growth to exceed 9 per cent and, we hope, get us to 10 per cent by 2021," she said.

"I always shoot for a higher rate," she laughs. "Why should I predict lower?" 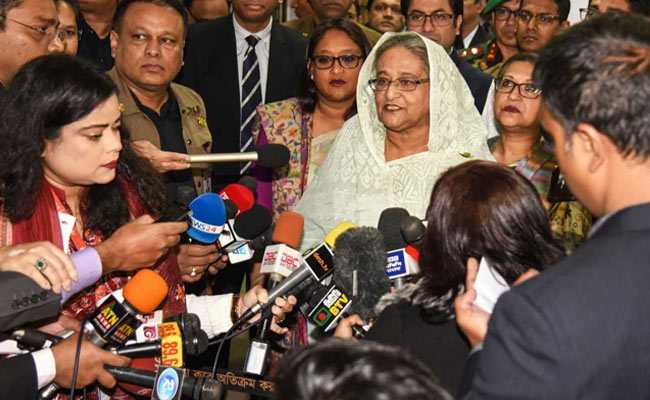 For three decades, leadership in Bangladesh has alternated between Sheikh Hasina and Khaleda Zia.

On many fronts, Bangladesh's economic performance has indeed exceeded even government targets. With a national strategy focused on manufacturing -- dominated by the garment industry -- the country has seen exports soar by an average annual rate of 15-17 per cent in recent years to reach a record $36.7 billion in the year through June.

A large community of about 2.5 million Bangladeshi overseas workers further buoys the economy with remittances that jumped an annual 18 per cent to top $15 billion in 2018, the Nekkei Asian Review reported.

There are concerns about the growing influence of Saudi Arabia in Bangladesh -- money that is reportedly coming in for building mosques and madrasas and a greater focus on Islamic education.

But analysts say Saudi money was coming into Bangladesh anyway. The government has stepped in to regulate it.

Finally, India is invested in a prosperous stable Bangladesh. If Bangladesh does well for itself, it will cut illegal migration to India's bordering states that had affected the demographics in the past.

A healthy, friendly neighbour is a good investment.